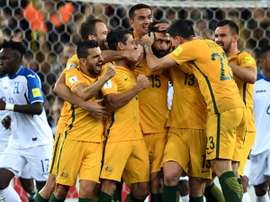 Australia secured their place in next summer's World Cup thanks to a second-half hat-trick from captain Miles Jedinak to capitalise on the Socceroos dominant display over Honduras.