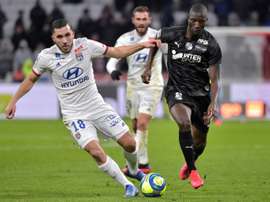 Compilation of Leandro Paredes' best moments of the 2019-20 season for PSG.