Zinedine Zidane has defended Real Madrid's style of play and insisted he will not change his coaching methods amid recent criticism.

Nacho Fernandez was the unlikely match-winner in Sunday's 1-0 victory over Real Valladolid as Madrid won a third LaLiga game in a row to open a three-point lead over Barcelona at the summit.

None of Madrid's six league goals in 2020 have been scored by attackers and they struggled to create chances at Estadio Jose Zorrilla.

But Zidane, who recently acknowledged he may have enjoyed a fair share of luck as a coach, is happy for his side to continue grinding out victories.

"I don't think the Bernabeu would accept a thousand passes without a shot," he said at a news conference on Tuesday.

"Everyone has their own style of play. I played at the Bernabeu and what the fans want to see is their team give their all on the field. It has always been that way. When fans see the team sweat for the shirt, that's the most important thing in the end because you can't always win. I always say the same - I will not change. The important thing is the club have given me the chance to train these players. It is a great team and I am lucky to be here. Two months ago things were not going well and there was a lot of criticism - that is not going to change. What we want is to continue what we are doing."

Madrid are unbeaten in 19 matches in all competitions and travel to Real Zaragoza in the last 16 of the Copa del Rey on Wednesday.

Los Blancos have won the competition on just two occasions since 1993 and Zidane is desperate to improve on that underwhelming return.

"I don't think it's a lack of motivation," he said. "I think the motivation is very high.

"We must accept that Madrid have won 13 Champions Leagues and we want to change our history in the Copa del Rey.

"Zaragoza are going to make it difficult for us. We want to give our all on the field. We will not be surprised by them because we know it will be difficult - it is always that way."

Gareth Bale returned to full training on Tuesday after missing the weekend win over Valladolid with an ankle issue, while Eden Hazard and Marco Asensio continued to train away from the team.

Asked if Bale could return to the side in midweek, Zidane said: "I have a list of players and later you will see. Everyone wants to be available for the coach.

"Hazard has started working on the pitch again, but not yet with the team. We will see this week how he is managing his recovery. Before attacking, we must defend and be intense, we are doing quite well but you always have to be ready to prove it." 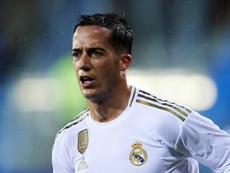 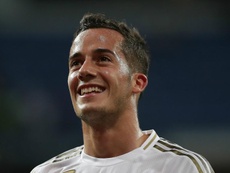 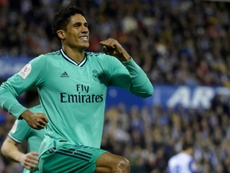 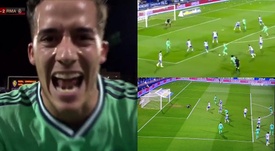 Kroos did everything and Vazquez made it 0-2