Russian champions Zenit St Petersburg extended their winning streak in the Champions League to five games with a 2-0 win over Spanish high-flyers Valencia on Tuesday.

Goals by Oleg Shatov and Artem Dzyuba ensured the Saint Petersburg outfit, who had already qualified for the knock-out rounds, will top Group H.

"Apart from 10 minutes in the second half we dominated the play completely, created lot of chances and, I believe, deserved to take the win.

"It's a very good moment for Russian football and a deserved top-place qulifying for Zenit.

"The trip to Gent will be really difficult for us but we would like to win there also as it may become a historic moment for our club."

Zenit, who had won their opening group match 3-2 in Valencia, sat back from the kick-off, giving up possession and threatening on the counter-attack.

In the 15th minute, Dzyuba received Hulk's pass from the left and helped the ball on to Shatov, who escaped the offside trap before shooting home from close range.

Valencia, who could have secured a last 16 spot with victory, poured forward in search of an equaliser.

However, the visitors lacked accuracy in picking out striker Paco Alcacer with long-range passes.

After the intervalÂ Zenit, spurred on by a capacity 21,000 crowd, moved up a gear pinning Valencia back.

Argentinian full back Ezequiel Garay missed a clear chance to increase Zenit's lead in the 58th minute when he headed inches wide from Hulk's corner.

Valencia's second-half substitute Santi Mina had the ball in the net in the 67th minute but his strike was ruled out for offside.

In the 74th minute, Zenit skipper Miguel Danny played a one-two with Shatov before finding the unmarked Dzyuba, who found the back of the net to secure victory.

Valencia's slight hopes to save the day went up in smoke with 10 minutes to go when their Portuguese full back Ruben Vezo was sent off for a professional foul on Shatov.

"We had chances to score today but unfortunately squandered all of them," Valencia's head coach Nuno EspÃ­rito Santo said.

"In the first half we were in control despite the fact that we conceded an early goal. But after Zenit scored the second and especially after Vezo had been sent off everything was over for us." 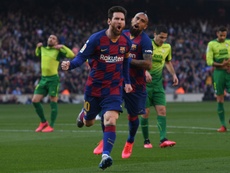 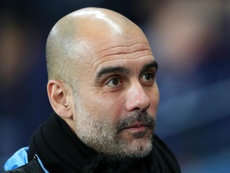 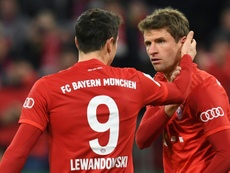 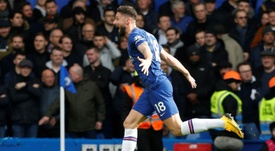