Zamalek of Egypt suffered a 5-2 thrashing at Wydad Casablanca of Morocco Saturday, but still qualified to meet Mamelodi Sundowns of South Africa in the CAF Champions League final.

The five-time African champions won the first leg of the semi-final 4-0 in Alexandria last weekend and squeezed through 6-5 on aggregate.

Attempting to become the first club to wipe out a four-goal deficit in a semi-final of the premier African club competition, Wydad led 5-1 with 26 minutes remaining but trailed on the away-goal rule.

One more goal for the Casablanca club would have given them an overall lead, but it was Nigerian Stanley Ohawuchi who had the final say with a late second Zamalek goal.

Liberian William Jebor and Congolese Fabrice Ondama scored two goals each and Ismail El Haddad one for Wydad, who led 3-1 at half-time.

Bassem Morsy was the other scorer for Zamalek, who last won the competition 14 years ago by beating another Casablanca outfit, Raja.

Goals from Liberian Anthony Laffor and Percy Tau earned Sundowns a 2-0 win over ZESCO United of Zambia in Pretoria and a 3-2 overall success.

Sundowns and Zamalek met in the group stage this year with the South African club winning twice. 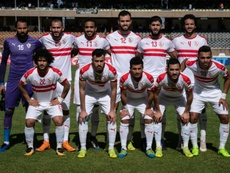 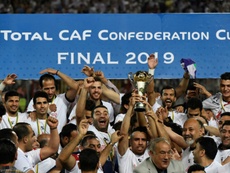 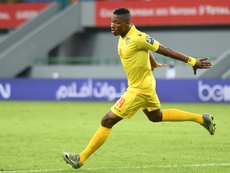 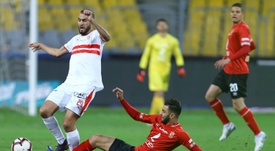