"You were two centimetres away from never walking again"

BeSoccer 3 months ago 5.1k
Neymar was ruled out of the latter stages after getting injured by Zuniga. AFP
Another extract from the 'Netflix' documentary on Neymar. The Brazilian confessed that the match he suffered the most in was in the 2014 World Cup semi-final against Germany. He was unable to play in that game due to injury. In fact, that injury nearly left him unable to walk again.

Neymar has opened up about his life in the documentary to be aired on 'Netflix'. He talked about his request to leave PSG or his arguments with his father and now he talks about getting injured.

The Brazilian footballer revealed his worst moment as a footballer. He said it was the 2014 World Cup semi-final with Germany which saw the Brazilians lose 1-7 at home.

"That match wasn't real. Goodness me, what was happening? It was a nightmare. When the game finished, I couldn't stop crying," Neymar confessed.

He was unable to play after getting injured i the quarter-final clash with Colombia. Zuniga kneed him in the back, but somehow avoided a red back. "I got caught in the back and I noticed cramp in my foot. I couldn't turn around and I started crying."

Nadine Goncalves, Neymar's mother, recalled with this injury an accident they had when the player was just four months old: "His father was in bed connected to a machine for six months. The doctor said to me: 'Don't sign anything, we don't know if he'll be able to walk again.' Time had turned back. I'd been through it with his father and then with my son."

Lastly, Neymar talks about the relationship with his father: "It used to be that of father and son. Now we have a more distant relationship. We get on well, but I guess it's more of a professional one."

"I'm unable to separate the two roles. I paid a very big price for it. I gave up time with my family, but I don't regret it. Everything that happened to me, helped me. I tried to prevent my son having the same fears as me. I worked a lot psychologically so that it didn't influence him (Neymar) negatively," the footballer's father said. 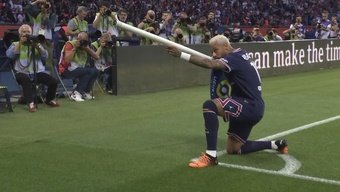 Neymar wants to stay at PSG despite rumours about his future 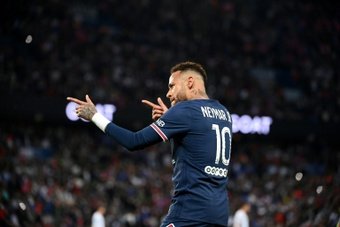 Without Neymar to visit Montpellier 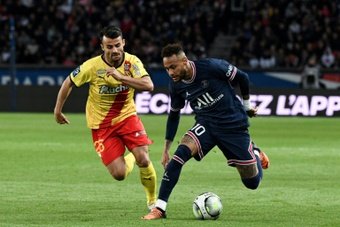 Neymar gets away from football by sunbathing in Barcelona

"I will give my life for the World Cup, it's my biggest dream" 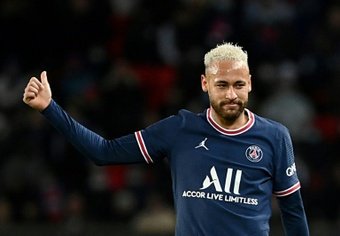 PSG are open to Neymar leaving 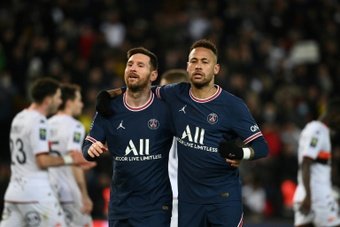 "Neymar and Messi linking up well? A shame it's come so late"