Yokohama's Thai defender Theerathon Bunmathan thundered in a shot from the edge of the box in the 17th minute to set the tone, before three goals in the second half sent the 2006 and 2016 winners Jeonbuk crashing out of the tournament.

"It's a great performance and a credit to the players, because it's the first time the club has got out of the group stage," said Yokohama coach Ange Postecouglou.

"We started really well and put pressure on them, scored a goal- a good goal from Bunmathan.

"We missed some chances in the first half which always keeps the opposition in the game, but in the second half we were a bit smarter, worked our counterattacks really well and scored three good goals.

"It's a fantastic achievement and we are proud of everyone involved."

Besides being the first team from eastern Asia to win the Champions League when it was launched in its current format in 2003, Jeonbuk are also eight-time K League winners, a South Korean record, which includes four consecutive titles starting in 2017.

But at the Al Janoub Stadium on Tuesday, their only bright moment came in the 54th minute when Gustavo fired home from the penalty spot three minutes after Marcos Junior had put Yokohama 2-0 ahead.

Teruhito Nagakawa's 71st minute strike and an own goal by Song - whose attempted headed clearance found his own net seven minutes from close - confirmed Jeonbuk's exit.

"The team gave what it was possible to do with the contingent that we have," lamented Jeonbuk coach Jose Morais.

"In the first half, strategically, we went in terms of containing the offensive game of Yokohama, which is a big game and a quality game."

"In the second half, the result as it was wasn't enough to take us forward, so we took more risks."

Lim Sang-hyub put Suwon ahead in the 53rd minute but Wei Shihao restored parity in the 72nd for Guangzhou with the help of an assist from Ai Kesen.

The result means the second qualifying spot from the group will be decided on Friday with the Bluewings needing at least a 2-0 victory to join Vissel Kobe of Japan in the round of 16.

Guangzhou coach Fabio Cannavaro was once again at a loss to explain his team's showing.

"I am not happy because the performance of my team in the first half was not so good," said the former Italy international.

"We didn't control the game and we didn't even try to play football. Even in defence we did not play well. I don't want to find excuses."

Suwon's Park Kun-ha lamented the fact that his team didn't make the most of the chances they got.

"We got the first goal and then unfortunately conceded the equaliser. We had many chances at the end but we could not win." 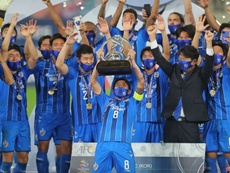 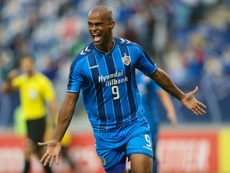 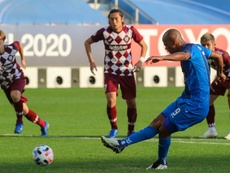 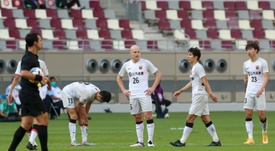