But he told AFP that masterminding Nantong Zhiyun to safety on Saturday in their final game of the season in China's second tier ranks among his greatest achievements.

The 45-year-old took over at Nantong, near Shanghai, in August and had eight games to save them from the drop.

They lost the first two matches but then went unbeaten in the next five and approached the daunting trip to Toure's top-of-the-table Qingdao Huanghai knowing that victory would preserve their China League One status.

Nantong and White's survival bid got off to the best possible start when the former Manchester City and Barcelona midfielder was sent off virtually at the start.

The 36-year-old Toure protested his innocence but White said: "It was a definite red card, he wildly kicked our central midfielder at the top of the box."

However, 10-man Qingdao, who were already promoted and chasing the league title, took the lead just before the hour and Nantong faced going into a relegation play-off.

White called it "quite hectic" as he willed on his men while keeping an eye on results elsewhere with two other teams also fighting to survive.

"I was in every kick and header that was going on and trying to push the players forward. It was the complete opposite to calm and collected," he admitted.

Needing to score, Nantong equalised two minutes after falling behind and made absolutely sure of another season in League One with a 90th-minute winner.

White, whose previous job was at Tokyo Verdy in Japan, was inundated with bunches of flowers as he and his team landed at Nantong airport on Sunday.

Chanting fans serenaded them with banners and flares as the team bus made a triumphant return along the city streets.

White, a former youth winger with Southampton who also played in Australia, took over a Nantong team who had not won for two months and were in freefall.

"When we came into the club it really wasn't in a good place, the players were not fit enough and there were many things lacking," he said.

"Many people would have looked at it and said it was a suicide run.

"I was never really worried that I couldn't do it, it was just there was no time to make any mistakes."

Making the players believe in themselves again was a major reason for White's success.

"I always say that if you can capture their hearts and minds, their legs will follow," he said.

White pulled off a similar trick in 2016, dragging Shanghai Shenxin out of the relegation places, although on that occasion he had 19 games to do it.

White will sit down with the management of Nantong, who pull in home crowds of about 12,000, in the coming days to discuss his future.

Long term, he would like to manage in his native England.

But White, whose wife and four-year-old son have accompanied him on his managerial odyssey, said: "The problem is trying to find an owner with the courage to take a chance on someone like myself who hasn't played for England a bunch of times."

Until then, he is enjoying making a name for himself in Asia.

"I've carved out a little area for myself." 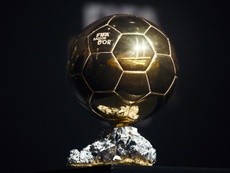 The worst Ballon d'Or candidates in the last 20 years 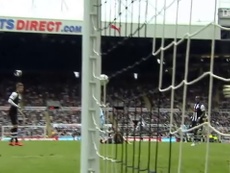 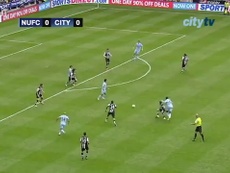 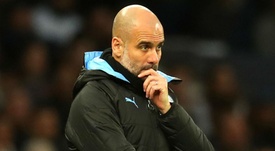