Wuhan Zall back in China - and straight into coronavirus quarantine

Chinese football club Wuhan Zall, whose home city is ground zero of the coronavirus pandemic, have landed in China after being stranded in Spain since late January -- and were immediately placed in two weeks' quarantine.

The Chinese Super League season has been indefinitely postponed because of the virus with Wuhan Zall exemplifying clubs' predicaments, enduring weeks of disruption and uncertainty.

The latest instalment of the team's tortuous journey saw the homesick squad touch down in the southern city of Shenzhen on Monday afternoon.

However, due to strict new Chinese rules and health inspections on arriving passengers, imposed to prevent an influx of imported cases from the global contagion, it took more than 12 hours for the players to arrive at their Shenzhen hotel.

They now face isolation for a fortnight, according to the official Xinhua news agency, and still do not know when they will be able to return to their homes and families.

The team cannot go back to Wuhan -- which is 1,000 kilometres (600 miles) from Shenzhen -- because the city of 11 million remains sealed off.

"After an unforgettable and arduous journey, the team arrived in Shenzhen at 3:00 pm on March 16 and returned to the embrace of the motherland," the club said, also referring to the "arduous and long process" of getting through immigration and health checks.

Jose Gonzalez's squad are attempting to stay fit in case the season gets underway, all while worrying about family stuck in Wuhan, where the virus emerged in December.

"After the required isolation period in Shenzhen, the Wuhan Zall team will resume training," the club said.

The team was training in Spain when the virus first spread outward from China.

But Spain itself has now become a viral hotspot, and the squad left there at the weekend for China, where a massive quarantine effort has reduced infection rates to near-zero.

Media reports said Wuhan Zall were stranded in Frankfurt for a time as they attempted to find a flight back to China.

"Although thousands of miles away from their families, the hearts of the players were always concerned about the domestic epidemic," Wuhan Zall said. 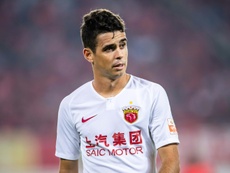 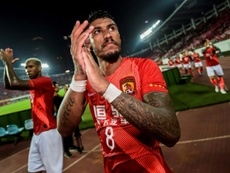 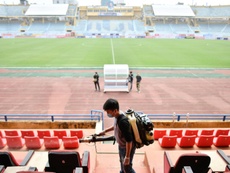 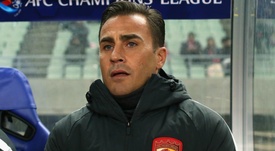