Marcello Lippi says he will quit for a second time if he fails to guide ambitious China to the 2022 World Cup in Qatar.

The 71-year-old Italian World Cup winner is back as coach of China just four months after leaving.

But with qualification for Qatar 2022 beginning in September, the under-pressure veteran has little time to lose if he is to inspire China to only their second World Cup appearance.

"Will we qualify for the Qatar World Cup? I don't know, we will try, we will make every effort," the former Juventus, Inter Milan, Napoli and Italy coach told broadcaster CCTV5.

"If we can do it, that's great, if we can't, I will embrace all the Chinese and go home," he added in his first substantive comments since his return was confirmed last week.

"This is work, this is life -- using all passion, all enthusiasm, all experience to try to do one thing, but the final result may be success or it may be failure."

The Italian, who was speaking ahead of Friday's home friendly with the Philippines, said that he had declined to extend his contract with the Chinese Football Association (CFA) after his side lost 3-0 to Iran in the quarter-finals of the Asian Cup in January.

But Lippi remained popular in China where there was an acceptance that he did not have a good enough squad to progress further.

"After staying at home for three or four months, I realised that China's appreciation and expectation of me was so important so I decided to give something back," he explained in the interview broadcast on Monday.

"I have not made a long-term commitment because it makes no sense -- our goal is Qatar in 2022."

But Cannavaro lost both matches in charge of the national side, who are 74th in FIFA's world rankings, and stepped down.

Under football-fan President Xi Jinping, China have grand ambitions to host and win a World Cup. 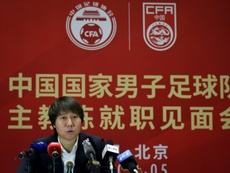 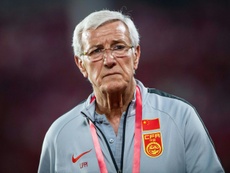 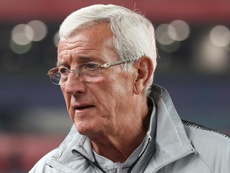 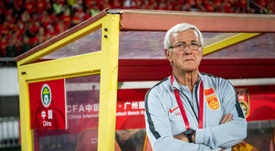 Football in China obligatory in schools