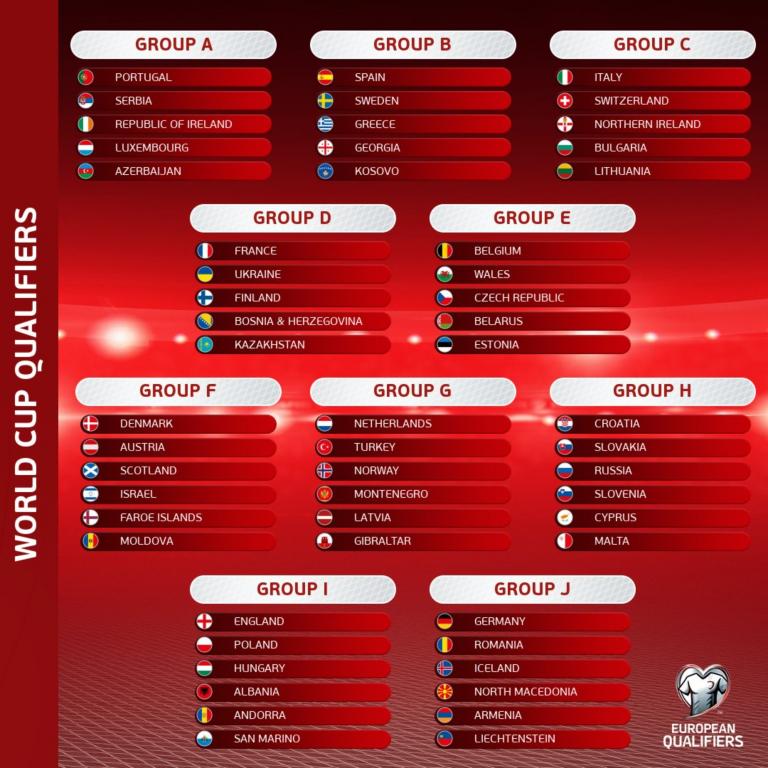 We are now looking back at the World Cup final 4 that involved four countries from Europe (France, Belgium, Croatia and England).

The second player that will be helping with the draw. He is also paying his respects to Maradona.

De Rossi is on the stage now and paying his respects to Maradona.

This is the first step in qualification for the 2022 World Cup. Other confederations have already started their qualifying. The first matches in Europe will take place in March.

There will be five groups of six and five groups of five. The Nations League finalists (Spain, Italy, France and Belgium) are guaranteed to be in a group of 5. The winners of the groups will qualify for Qatar 2022, with the runners up going through to the playoffs.

Who is in what pot?

Mentioned in the news story
Serbia

Laporte set for Spain at Euro 2020 after being granted nationality

Bierhoff to 'intensify' talks with Flick over Germany job