Wilshere says he is not retiring

BeSoccer 4 days ago 493
Wilshere is not retiring. EFE
Jack Wilshere, free agent trainning with Arsenal, says he is not retiring as a footballer despite getting his coaching badges.

Jack Wilshere, currently a free agent, made clear he is not retiring as a footballer despite doing his coaching badges.

The 29-year-old is a free agent since Bournemouth released him at the end of last season. The English man is currently training with Arsenal, where he played for 9 seasons, to maintain his form.

Wilshere had his career interrupted on many occasions by injuries, and now he is doing his coaching badges whilst working alongside his former teammate Per Mertesacker, who is Arsenal's academy director.

"I am completing my coaching badges and the team is helping me a lot to complete them. It is something I enjoy and that I will think about doing in the future, but as of now, I want to keep playing", said Wilshere to 'Sky Sports'.

"I believe I can still give so much more and that is why I don't want to stop playing and become a coach right now. I will be here training with Arsenal until January. At the moment I don't have any news in clubs interested in signing me, but I hope I do by then", said the former English international. 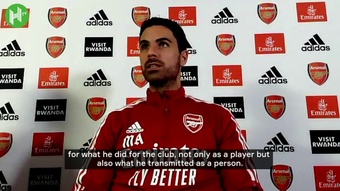 VIDEO: Arteta wouldn't have liked to play against Vieira 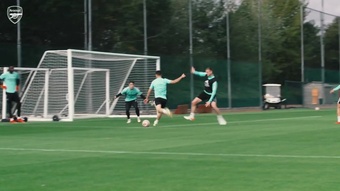 Arsenal to go after Noa Lang in January Arsenal decides to help Wilshere: he is now training with squad