BeSoccer 10 days ago 5.8k
Benzema once again praised Mbappe. AFP
Karim Benzema has done it again. In an exclusive interview with 'Marca', the Real Madrid man once again hinted at the possibility of Kylian Mbappe joined Real Madrid, just like he has done before. He also talked about his situation for club and country.
End
Matchday 69
Francia

Since Benzema's return to the French national team, there was plenty of talk of Benzema and Mbappe playing together for France. The latter is also one of Real Madrid's targets for next season.

The Madrid striker, far from dissipating rumours over Mbappe's possible arrival, ends up increasing them every time he talks to the media. "If he joins the club, it would be ideal; I want him to come soon," he told 'RMC'.

Now, the '9' has done the same again, this time in an exclusive chat with 'Marca', in which he also talked about his current situation both on and off the pitch. "Kylian is a young player, with immense quality and he's a nice guy. He'd be welcome at Real Madrid, of course, but which team wouldn't sign him without hesitation? For now, he has a PSG contract and we'll see what he decides. Our priority now is to win the Euros," he said.

He admitted he felt great on a personal level: "I feel the happiest person in the world. In any case, what makes me happiest is my family and football. And at Madrid I'm very happy playing and now I've returned to France to play the Euros. I can only be proud, happy and keen to start the Euros."

"They are a very, very, strong team in all positions, whether it be in goal, at the back, in midfield and in attack... with players at the best clubs in the world. Then talking about a favourite is more something that is said away from here. We know the strength we have even though we have to show it," he replied when asked about France's quality. 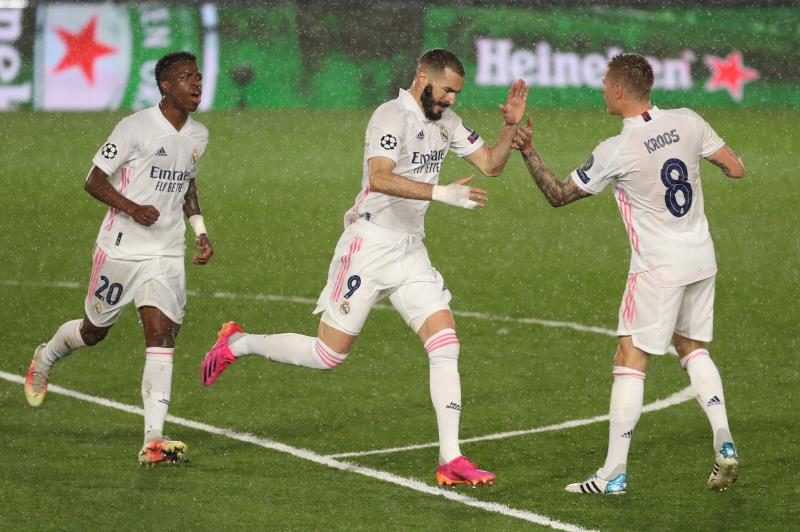 France's first game at the Euros is against Germany and that means Benzema and Kroos will be playing against each other. "No, we aren't looking for revenge (after Germany beat France at the 2014 World Cup). Lots of things have happened since then and it's been a lot of time. We've won the World Cup, been finalists at the Euros. I only want to enjoy and win the match. It's obvious that facing Toni is going to be different because I'm used to playing with him, he gives me the ball a lot and here he'll be my opponent," he explained.

He then admitted that the club could strengthen, but said that the club are already fighting for titles with what they've got. "If we look at last season, we were in the La Liga title race until the last day of the season and we were very close to winning it. We reached the semi-finals of the Champions League and were then beaten by Chelsea, who won it, we had 60 injuries and never had the full squad to choose from so it's been difficult. Now, if the club think we need to get players, they can do it, but the aim is to improve every year to win titles and we can do it. We must do it," Benzema said.

"Winning the Euros is my dream, especially reaching the top. It was already a dream to return (to the France team) and now I have to give it my all to win a trophy with France," he added. 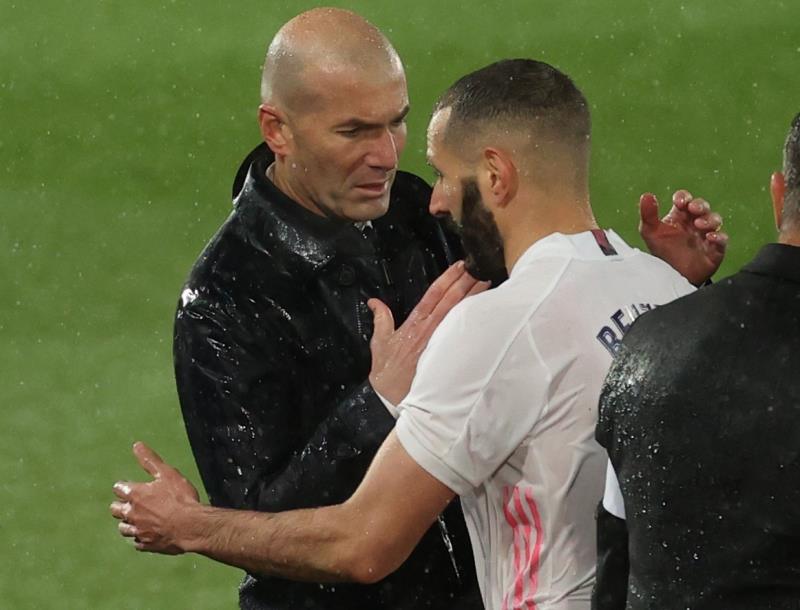 On Zidane's departure and Ancelotti's arrival, the Real Madrid player said that the Frenchman's departure "was a surprise" although Ancelotti's signing is "good news" and he likes "his philosophy."

"When I heard the Spain list and Ramos wasn't there, I thought: 'Sergio is a friend, he's our captain and I feel very disappointed for him because he's not with the national team," he said when he was asked about Ramos' absence.

Lastly, he explained what it means to him to play for Real Madrid,. "I always say that for me it's the best club in the world. The players can come and go, but Real Madrid will keep on being Real Madrid. They are going to be at the highest level. I know that every year I have to do more and I hope we can win more titles with this team. I'll always be grateful to the club because they came after me when I was still a kid, at 21. Now I have a lot of experience, won a lot of titles and for me it's a pleasure being at this club every day. Every La Liga title, every Champions League that a win is like a dream," he concluded.

Stand out news
Mentioned in the news story
EURO

Lloris says spat between Mbappe and Giroud is 'behind us'

Deschamps confirms he held talks with Mbappe and Giroud after dispute

Deschamps: Benzema and Griezmann are good to go for Germany

Deschamps confirms 'knock' for France star Benzema ahead of Euro 2020

"When Cristiano plays, he makes everyone watching him happy"