Football was halted in the middle of the March basically all over the world due to the coronavirus pandemic. It caused chaos across the footballing world and led to the postponement of matches and tournaments such as Euro 2020, Copa America and the Olympic Games. Competitions are all set to get back underway in June, but the Bundesliga has attracted new fans after resuming in the middle of May.

The lack of sporting action has led to people deciding to bet on the Bundesliga fixtures in recent days. Some are experienced punters while are others are betting on it for the first time. What do you need to know about Bundesliga betting in the UK? We explain all.

Firstly, as the season had been halted for more than two months, recent form based on matches before the corona break is far less significant. Betting on these games is like betting on the opening games of a new season after teams have made plenty of new signings. Therefore, one idea would be to bet on the outsider. As players were unable to train for such a long period of time, there is more chance of an upset so having a flutter on less fancied teams is not a bad option.

Another thing to take into account is the fact matches are being closed doors. This is significant because home advantage has been all but erradicated. In the 27 Bundesliga fixtures up to now, there have been just five home wins and two of those were Bayern Munich and Dortmund, the two best teams in the league. The lack of a home crowd to spur on the hosts and intimidate the opposition is certainly having an affect on the games. This is something that should be taken into account when betting.

Thirdly, it is important to keep an eye on club's preparations for the game. Have they picked up any new injuries? Have there been any outbreaks of coronavirus within the squad? Extra factors have to be considered. For example, for Sunday's Bundesliga 2 encounter between Dynamo Dresden and Stuttgart, the hosts have yet to play since the resumption after the whole squad was quarantined following cases of coronavirus. Stuttgart, on the other hand, will be more match fit after playing three games.

Bundesliga betting is very popular in the UK at the moment as there is no other major sport going on. Therefore, punters can dedicate all their time and money to the German games. With quality players on show like Robert Lewandowski and Erling Haaland, young English talent in Jadon Sancho and Ademola Lookman and Julian Nagelmann's Leipzig in the quarter-finals of the Champions League, there is plenty of talent on show.

Furthermore, the bulk of the games are played on Saturday afternoon, a traditional football slot in the country, and the removal of the 3pm blackout means to all matches are being televised by BT Sport. This increased accessibility increases people's interest and allows you to watch and bet on multiple games at once.

The last thing that needs doing is to decide who to bet with. There are plenty of options and one of those is Betiton Sportsbook UK. You can bet on multiple markets such as the winner, correct score, number of goals a team will score, Asian Handicaps, Both teams to score, half with most goals, and much more. Some exchanges also allow you to lay an option (say it will not happen). The best thing to do is search around for the best odds and see who will offer you the best introductory deal for new customers.

In summary, betting on the Bundesliga in the UK has become much more popular since the resumption back in mid-May and new skills and new things need to be analysed before and during the matches to try and make as much money as possible. Increased television coverage, players struck down by coronavirus and more success away from home are all part of the new Bundesliga. Whoever you decide to bet with, we wish you all the best of luck, and please bet responsibly! 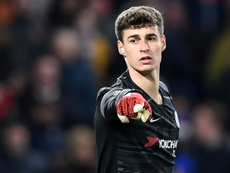 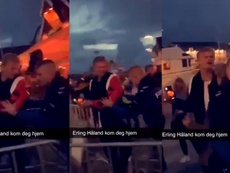 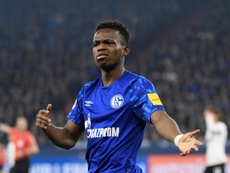 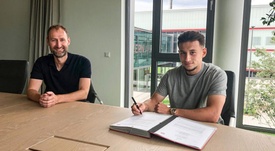