Julian Nagelsmann will leave Hoffenheim for Bundesliga rivals RB Leipzig at season's end, much to the sadness of Andrej Kramaric.

Hoffenheim forward Andrej Kramaric said he is sad that Julian Nagelsmann is leaving the club, hailing the German sensation as one of the best coaches in the world.

Nagelsmann will leave Hoffenheim at the end of the season, swapping Wirsol Rhein-Neckar-Arena for Bundesliga rivals RB Leipzig, with Alfred Schreuder to replace the 31-year-old.

Linked with the likes of Real Madrid and Arsenal in the past, Nagelsmann – the Bundesliga's youngest ever head coach – has worked wonders since taking over from Huub Stevens as a 28-year-old in February 2016.

Fast-tracked from Hoffenheim's successful youth team, Nagelsmann steered the side clear of relegation before securing successive top-four Bundesliga finishes as the German club directly qualified for the Champions League for the first time in 2017-18.

"He has achieved great results and he has done a lot for the club," Kramaric – who permanently joined Hoffenheim from Leicester City in 2016 – told Omnisport. "He truly is a great manager and he will continue to be amazing in the next couple of years.

"He is one of the best managers in the world and he is still so young. Of course, he lacks a bit of experience. He helped me a lot to develop as a player.

"I am sad that he is leaving, but it's normal. Just like young managers, we as young players want to seek experience in different places and to build a career somewhere else. I will be forever grateful for everything he has done for me. We've been together three years now.

"He has become manager around the time I joined the club and together we've delivered the best results in the history of the club and I personally have achieved great results, as well.

"Together we've written a beautiful story. Unfortunately – I don't want to say this story has ended – but we will part ways, which is basically life."

Hoffenheim, who finished bottom of Group F in the Champions League this season following three draws from six matches, are still in contention to qualify for Europe's premier club competition next term.

Nagelsmann's side are sixth in the Bundesliga – five points behind the fourth and final Champions League spot, occupied by Eintracht Frankfurt after 29 rounds.

"We could have easily qualified for the Champions League," Kramaric said. "But unfortunately, this season it doesn't seem like this will be happening.

"It's because Frankfurt are doing so well this season. I actually didn't expect them to be that good. But in the end, I'm sure we will be happy with qualifying for the Europa League."

The Croatia international added: "I feel they'll be happy with this season, because it's a club, who started out of nowhere. It is still a young club, who have been in the Bundesliga for only 10 years. Only in the last two years, the club has had its best ever results - qualifying for the Europa League and then the Champions League, which we’ve played this season.

"Therefore, I'm sure the club will be happy, even in the worst-case scenario of not qualifying for Europe. We've been in situations a lot worse than now. So there is no need to be greedy.

"But I still think this team and this club deserve much more. And in the last couple of days I’ve been quite sad thinking about missing the Champions League." 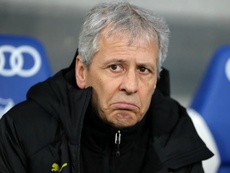 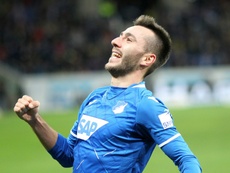 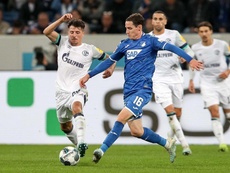 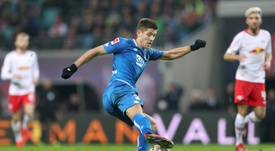