Argentina played Ecuador this Sunday in a friendly which served as preparation ahead of the 2022 World Cup qualifiers.

One of the main men for Argentina was Lucas Alario. The Bayer Leverkusen player, in his first start for Argentina, opened the scoring by rising above all his opponents and making it 1-0 from a corner.

Only seven minutes later, Marcos Acuna, who assisted the first goal, put a ball in from the left so that Espinoza diverted the ball towards his own goal. Carlos Ortiz could not do anything to avoid the goal.

But Argentina wanted more. Scaloni's players did not miss Leo Messi and they added a third from the penalty spot.

Lautaro Martinez was fouled as he tried to shoot and the referee did not hesitate in pointing to the spot. Leandro Paredes beat the Ecuadorian keeper and scored the penalty. 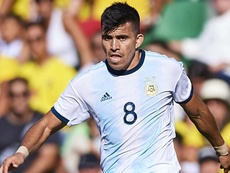 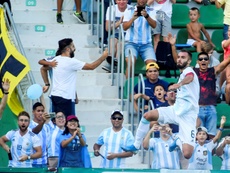 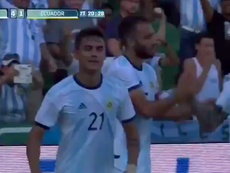 Dybala got assist against Ecuador 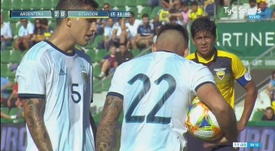 Lautaro and Paredes argued over who should take the spot kick

Messi will return for Argentina in november