Virgil van Dijk is the key reason Liverpool have surpassed Manchester City in the Premier League pecking order, according to Ruud Gullit.

Netherlands international Van Dijk has been an inspiration for the Reds since joining them from Southampton for a reported £75million in January 2018.

He helped Liverpool to Champions League success last season and the club now lead champions City by 25 points in an extraordinary top-flight campaign, with the defender an ever-present in their 26 matches.

His compatriot Gullit, speaking ahead of the Laureus World Sports Awards, believes the crucial aspect has been Van Dijk's play, coupled with City's struggles to find a reliable defensive option.

"In order to win, all the best teams have a good defence," Gullit said to Omnisport.

"At Barcelona, with Carles Puyol at the back, they had a good defence.

"If you don't have that then you can attack all you like but you're always conceding a lot of goals.

"Pep Guardiola bought four central defenders and they couldn't do it. That was unlucky also with injuries but it is a stable factor to have defenders that can do the things that you need to do.

"A lot of teams don't defend well. So, with Van Dijk, that was an issue that was done [solved]."

He added: "Van Dijk was an example that I was right in Holland. If I say you have to learn how to defend people say, 'You're always with the defending' and things like that.

"But that's where it all started. Now they say you're right, [you can have success] if you have a good defender, and the good thing is it was a Dutch defender."

Liverpool are away to Atletico Madrid on Tuesday in the first leg of their Champions League last-16 tie after their 1-0 away win at Norwich City last time out.

Legends showing the love for #Laureus20. 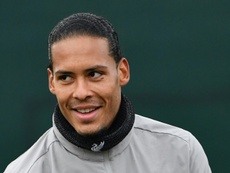 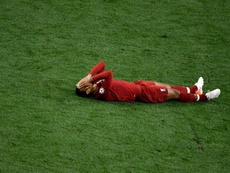 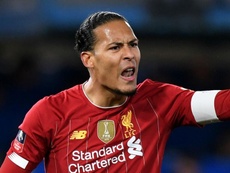 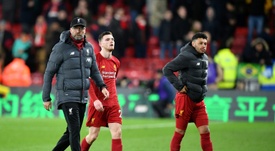