13th October 1999. Barcelona and Real Madrid met at the Camp Nou. 'Los Blancos' had taken the lead through Raul, but Rivaldo and Figo, before taking the air bridge, turned the game around. And in the 86th minute Raul appeared once again to silence the Catalan stadium.

It was not Raul's most beautiful goal, but it was one of the most important. And, above all, the one with the most iconic and controversial celebration in living memory. On 13th October 1999, Raul earned the eternal animosity of Barcelona fans.

He had already scored the 0-1, but Barca had turned the score around. Rivaldo, after half an hour of play, and Figo, before going on to reinforce the eternal rival, shortly after returning from the dressing rooms, had turned 'El Clasico' in favour of the Catalans.

Stand out news
Mentioned in the news story
Barcelona 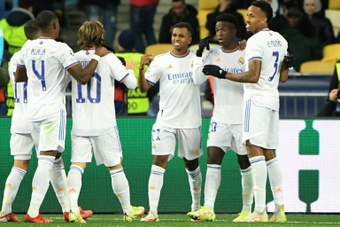 Carvajal sees himself called up for 'El Clasico'