Napoli and AC Milan face each other on Sunday on matchday 32 of the Serie A season.

We have decided to go back to August 2018 when the two teams met at the San Paolo stadium. Bonaventura put AC Milan ahead after 15 minutes and then Calabria made it 0-2 four minutes into the second half. Zielinski scored twice in the 53rd and 67th minutes to draw Napoli level before Mertens won it for the hosts 10 minutes from time. Check out the highlights above!

Sunday's clash kicks off at 21:45 CET. Napoli are in 6th on 51 points while Milan are in 7th on 49 points as both teams look for a Europa League spot. 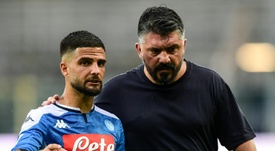