BeSoccer 5 days ago 3.3k
Man City manager Pep Guardiola talked about Messi. DUGOUT
Check out Pep Guardiola's press conference ahead of Manchester City vs PSG in the UEFA Champions League. Guardiola has spoken about Lionel Messi and the qualities he brings to the game.
End
Group A. MD 5
Man. City

Man City take on PSG in a Champions League clash on Wednesday. Kick off is at 21:00 CET.

Ahead of the game at the Etihad Stadium, Man City boss Pep Guardiola spoke to the media and he spoke about PSG's Lionel Messi. Have a listen to his comments in the video above! PSG won 2-0 when the teams met in France. Man City only need a draw to qualify while PSG will be through with victory.

Man City are top on nine points while PSG are 2nd with eight points. Brugge are 3rd with four points while Leipzig are bottom on one point in group A. 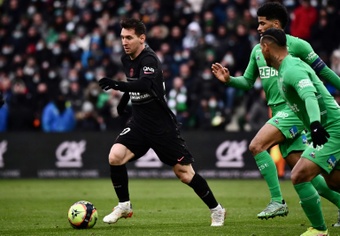