VIDEO: Behind the scenes as Flamengo beat Coritiba

Behind the scenes as Flamengo beat Coritiba 3-1 at the Maracanã in the 2020 Brasileirao.

Flamengo hosted Coritiba in a Brasileirao clash at the Maracana on Saturday night.

The home side took the lead inside three minutes through Bruno Henrique and then doubled their advantage thanks to Giorgian De Arrascaeta with 27 minutes on the clock. In the second half, Rene sealed the points for Flamengo when he made it three with just under a quarter of an hour left. Bebeto's son, Mattheus Oliveira, on loan from Sporting Lisbon, got a consolation for the visitors in stoppage time, but the defending champions won 3-1.

Enjoy some behind then scenes footage from the match in the video above! Flamengo are 2nd in the league on 39 points while Coritiba are 18th on 20 points. It was the first win for new coach Rogerio Ceni since taking over from Domenec Torrent. 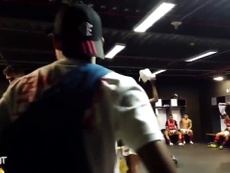 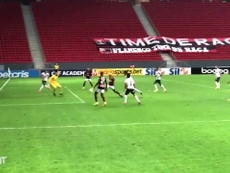 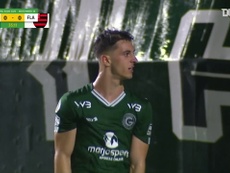 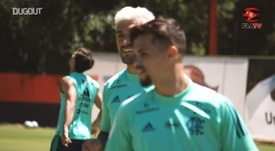