Stoke City travelled to Bristol City to face them in an important Championship clash at Ashton Gate on Wednesday.

Filip Benkovic gave the Robins the lead three minutes into first half stoppage time, but Danny Batth claimed a vital point for Stoke when he headed home 19 minutes into the second period. Check out the highlights in the video above!

Bristol City are in 10th on 62 points and five points off a play-off place with two games remaining while Stoke are in 17th on 50 points which takes them five points above the relegation zone. 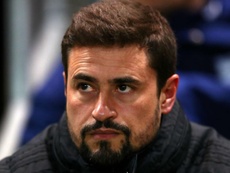