A superb 85th minute winner by Dan Gosling saw Bournemouth win 0-1 against Chelsea at Stamford Bridge. It was a huge boost for the Cherries who had come into this game having lost five on the bounce while Chelsea were extremely disappointing.

It was a disappointing afternoon for the home side at Stamford Bridge and a late winner by Dan Gosling with the added drama of VAR meant the hosts left the game empty handed.

A corner initially flicked on by Gosling was half cleared and then the header back in saw Gosling chest down the ball eight yards out and scoop it over his head into the net before Azpilicueta could get back to clear. The linesman had initially ruled out the goal, but a VAR review showed that Mason Mount was clearly playing the ex-Everton man onside and the goal stood. It was a superb goal and it was tough to take for the hosts. That said, the hosts were well below par for the entire game.

Chelsea were unable to breakdown a well ordered Bournemouth defence in the first half and struggled to create clear opportunities. Mason Mount was denied early on by goalkeeper Ramsdale and Tammy Abraham had a couple of half chances in the opening stanza, but the hosts lacked that cutting edge in the final third.

In fact, Eddie Howe's men started brightly and looked to attack especially through Fraser. He forced Kepa into a brilliant stop in just the third minute after Cook's dangerous ball in was only half-cleared by Fraser. As the half went on, they decided to focus on defending, something they did with ease except on one occasion when Stacey almost miscued a clearance into his own goal in the 40th minute.

Lampard's men targeted the middle and Bournemouth's left in the first half. Willian was the most dangerous player for the Blues and he helped create two great chances for the home team. Six minutes before the break, his cross found Pulisic at the far post, but he could not direct it towards goal and then right on the interval, his corner was headed over the bar by Tammy Abraham.

After the interval, Chelsea put in lots of effort, but it was actually the away side who had the better chances. Josh King was clean through seven minutes after the break and wasted the opportunity after selfishly deciding to shoot instead of squaring for his teammate Lewis Cook. As a result, King's strike was blocked by Kurt Zouma. Then seconds after Chelsea brought on Kovacic and Hudson-Odoi, the latter made a shockng error at the back which saw King square for Gosling, but Gosling complete missed it when he had a tap in.

The home side were without Willian after he was strangely taken off as part of the double switch despite playing well and the Blues had very few clear chances. 18 minutes from time, they should have scored though after Abraham flicked the ball up to head towards goal, Azpilicueta also headed it towards Emerson who headed straight at Emerson from three yards out. Bournemouth were let off the hook and even though Abraham also headed wide, the miss proved costly because of Gosling's lovely goal five minutes from time.

Chelsea were stunned by the goal and despite late pressure, they were unable to force the goalie into many saves. The only real chance of note was Kovacic volleying one from distance which was well saved. Panic had set in and Chelsea could not find the leveller.

Even though a draw would probably have been fair, Chelsea were extremely poor both going forward and at the back. They remain fourth, but Man Utd could cut the gap to two points on Sunday. Bournemouth, meanwhile, played the perfect match and a moment of magic meant they got the added bonus of three points to give them some breathing space with regards to the bottom three. 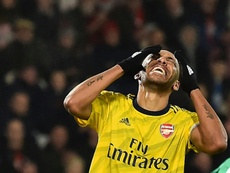 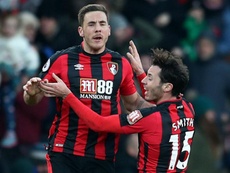 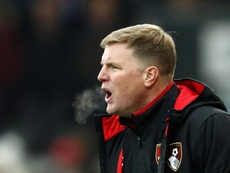 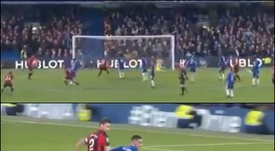 90th minute equaliser... but Chelsea up the other end to score the winner 80 seconds later!