In a match overshadowed by controversial refereeing, Real Sociedad overcame Getafe 2-1 at the Anoeta. VAR did not intervene in a penalty shout for Getafe, whose much-changed lineup failed to impress. Wilian José and Mikel Oyarzabal scored for the hosts, whilst Samu Saíz pulled one back for the Madrid-based outfit.

Following shock defeats to fellow Champions League hopefuls Sevilla and Valencia, the opportunity seemed to be on a plate for Bordalás' men to make fourth spot their own. However, the Spanish manager put out an XI that was different to the one that has performed so well this season, and his side paid the ultimate price.

The game will be remembered for the refereeing performances of Prieto Iglesias and VAR, but we'll get into that later. What is not in doubt is that Getafe put in a dismal performance in the first half, looking toothless in attack and a mess at the back.Cheered on by their home fans, Real raised their game and dominated in large parts.

In the home side's starting lineup was youngster Barrenetxea. He put in a very impressive performance and looks to be a serious talent for the future. After a few minutes of play without any real penetration from Imanol Alguacil's side, VAR's first moment to shine arrived. Djené took out Mikel Merino, and after consulting the video replay, Prieto Iglesias awared a penalty, which was subsequently tucked away by Willian José.

Getafe had a penalty shout of their own when Willian José fell on top of Hugo Duro after an aerial duel, but this time Iglesias chose to ignore any appeals without watching it again.

Bordalás was so exasperated with his side's performance that he hauled off Ignasi Miquel before half-time and replaced him with striker Jorge Molina, before bringing on Ángel for Hugo Duro during the interval. This failed to improve Getafe, who soon found themselves further behind when Oyarzabal beat Djené to a WIllian José cross from the right and tucked it home.

Not until they trailed by two did Getafe start to push forward. They pinned Real back and goalkeeper Rulli became their most important player towards the end of the second half. He made two important saves before bringing down Mata inside the area. Just like a similar incident involving Vincius at the Bernabéu, play was waved on without VAR being consulted - much to the aggrievement of Mata.

Bordalás ended up being sent to the stands as Samu Saíz pulled one back for the visitors with an excellent right-footed strike that left Rulli with no hope, but it was too little too late for a Getafe side that remain fourth despite letting this golden opportunity slip through their fingers. 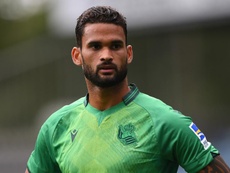 Rumour Has It: Tottenham to spend big on Willian Jose? 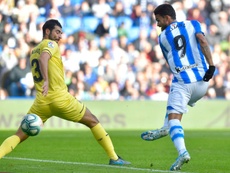 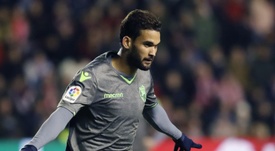 Real Madrid come away with all three points!!

Madrid frustrated in Battle of the Reals