An away goal from Anthony Martial cancelled out Emmanuel Bonaventure Dennis' opener in Belgium to give United a slight edge in the Europa League last-32 tie.

Manager Ole Gunnar Solskjaer made six changes to his starting line-up from the 2-0 Premier League win at Chelsea just three days ago, with January signing Fernandes one of those to drop to the bench.

United's midfield looked laboured in tricky conditions until Fred came on for Andreas Pereira after 71 minutes, and once Fernandes was introduced for Diogo Dalot 10 minutes later, the Red Devils suddenly had the game under control.

Despite playing just nine minutes of the 90 and six of stoppage time, Fernandes attempted more shots (four) than any of his team-mates while completing 100 per cent of his passes.

"He was unbelievable," Van Persie said in his role as a pundit on BT Sport. "With top players, you can tell straight away that he has something. He was silky on the ball and a joy to watch."

United went behind when Simon Mignolet's goal kick ran through to Dennis, who beat Dalot and Brandon Williams to the ball before lobbing Sergio Romero, who had rushed far from his goal.

Brugge gifted United their equaliser, though, with Brandon Mechele hesitating after Maxim De Cuyper's throw-in, allowing Martial to surge forward and score his 14th goal of the season.

Juan Mata was frustrated not to win the match but accepted United did not do enough early in the contest.

"We wanted to win," he told MUTV. "In the second half, we pressed better and we played more time in their half and had chances to maybe score the second.

"But they started well. They play good with the ball and they defend very compact without the ball, they put a lot of bodies in the back and we couldn't find the spaces in the first half. 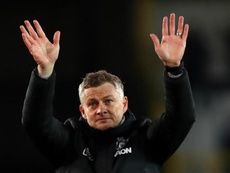 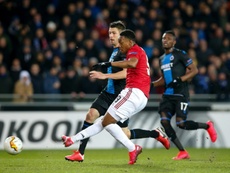 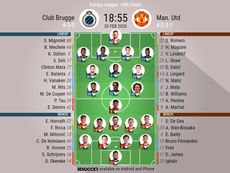 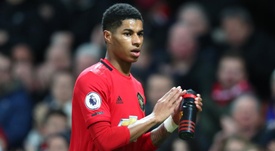