Pedro admitted he would like to go back to Barcelona and Ernesto Valverde is not prepared to rule out the possibility.

Ernesto Valverde has described Pedro as an "historic" Barcelona player after the Chelsea winger claimed he would like to return to Camp Nou.

Pedro told Ser Catalunya this week that he would love to go back to the club where he won 20 major trophies, including five La Liga titles and three Champions Leagues, between 2008 and 2015.

The 32-year-old has only played four times in the Premier League under Frank Lampard this season and, with his contract expiring at the end of the season, it has been suggested the Spain international could be allowed to leave next month.

Speaking to reporters on Friday, Barca coach Valverde said of Pedro: "He's an historic Barca player - let's not kid ourselves. He's one of the players to win the most titles with this club, but he plays for another club now".

"We have to respect players at other clubs. We'll see what might happen in the future."

The futures of two Barca midfielders are also uncertain ahead of the opening of the transfer window, with Ivan Rakitic and Arturo Vidal each linked with moves to Serie A.

Rakitic struggled for game time early in the season and even admitted his situation was causing him to fall out of love with football, although he has impressed in the recent run of victories over Borussia Dortmund, Atletico Madrid, Real Mallorca and Inter.

"He's playing well, as is everybody else," Valverde said of the Croatia midfielder. "We're in a clinical time of the season and we've found some good form".

"When it's the summer window, people start asking what happens, then you get to breathe a bit and then it's the winter market".

"We have to deal with the challenges we have with the players we have. Rakitic has missed lots of games but he's playing more games now, and if he's doing that, it's because he's playing well."

Inter CEO Giuseppe Marotta confirmed after his side's defeat to Barca that Vidal was of interest to them, but Valverde was vague on his plans for the player.

"How can I respond to information that comes or doesn't come from us? This information came from Inter. They will know," he added.

"In our case, the market has not yet opened. Arturo is our player and we'll need him if we think it convenient." 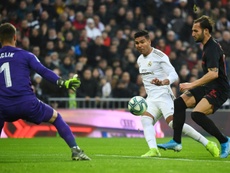 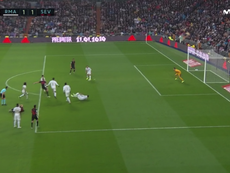 De Jong's goal counted this time! And it was controversial 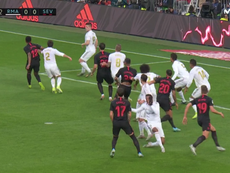 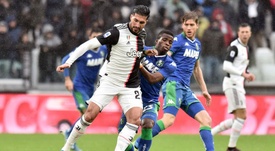