Edinson Cavani will now stay at Manchester United during the international break after Uruguay confirmed the striker will not travel due to current restrictions.

The Premier League announced last week that clubs had agreed players who would have to travel to red-list COVID-19 countries would not be released. Despite the decision, Cavani was initially selected for Oscar Tabarez's squad for their three World Cup qualifiers against Peru, Bolivia and Ecuador.

Both Uruguay and Peru are on the United Kingdom's red list, meaning the 34-year-old would have had to quarantine for 10 days in a hotel upon his return from South America. Tabarez has opted to cancel the call-up due to the fact the United forward would subsequently miss at least two top-flight games against Newcastle United and West Ham and the Champions League match with Young Boys.

The announcement comes after Aston Villa and Tottenham confirmed they would let their Argentinian contingent travel, while Liverpool remained firm in not letting their Brazil trio leave nor Egypt forward Mohamed Salah.

Indeed, United manager Ole Gunnar Solskjaer urged Cavani to stay loyal to the club last weekend, warning his striker that he risked making himself unavailable should he travel.

Meanwhile, United prospect Amad Diallo will also be staying in Manchester after his proposed loan move to Feyenoord was cancelled due to a thigh injury sustained in training. The 19-year-old is set to be out for up to six weeks and will undergo rehabilitation in England.

Speaking to Dutch outlet AD, Feyenoord's technical director Frank Arnesen confirmed: "He got injured, it [the loan] is cancelled. Too bad, everything was done. I've talked a lot with the people at Manchester United, but it's more sensible to let him recover at that club. It may be a while before he is back." History repeats itself: Real Madrid once again after Cavani Cavani finally back and called up by Solskjaer 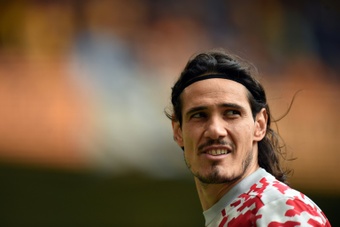