The former Asian champions finished with 74 points over the season's two stages, two more than Kawasaki Frontale, who blew a two-goal advantage in a 3-2 home defeat by Gamba Osaka.

The Reds also booked their spot in the J-league championship final, held over two legs on November 29 and December 3, with the winners qualifying for the lucrative FIFA Club World Cup next month.

Kawasaki and first-stage winners Kashima Antlers face each other in a one-off semi-final on November 23.

Midfielder Yosuke Kashiwagi fired the Reds into the lead with a smart finish after 67 minutes, only for Curacao forward Martinus to silence a holiday crowd of 56,000 with a late equaliser.

"Give the players credit," said Urawa manager Mihailo Petrovic, who has already led his team to the J-League Cup title this season. "It's a great achievement to finish top but we're not champions yet".

Kawasaki looked like overhauling the Reds at one stage until they leaked three goals in the space of 11 minutes after the break in a topsy-turvy game.

At the other end of the table, Nagoya Grampus were relegated from the J-League's top flight for the first time after crashing to a 3-1 defeat at home to Shonan Bellmare, who themselves were already doomed to second-tier football next year.

Elsewhere, Vegalta Sendai were beaten 1-0 at home by Jubilo Iwata while another northern club, Albirex Niigata, lost by the same scoreline to visiting Sanfrecce Hiroshima. 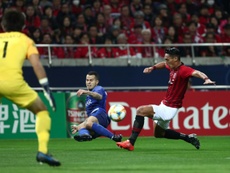 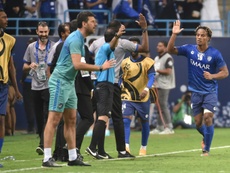 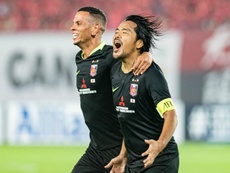 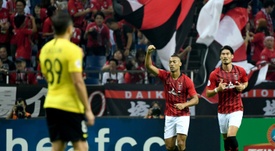