Didier Deschamps believes Dayot Upamecano is going through a "difficult moment" after the defender was left out of the France squad.

Upamecano, 22, was overlooked for a friendly against Finland and Nations League matches against Portugal and Sweden later this month.

Deschamps said RB Leipzig star Upamecano, a three-time France international, would get his chances in the future.

"There is a lot of competition in this position. He was with us before. He's going through a more difficult moment," the France coach told a news conference.

"He knows he can do better. He was quite emotional during his first call up in September, and in October as well. He's a young player and he has the potential. He's playing many games.

"Of course, if it's not him, it's another, it's about the competition. Kurt Zouma in that case, who's doing very well, he's a starter at Chelsea and he knows the French team as well.

"The door is not closed. I make that choice today because it's logical to me. Will it be the same in March and June? It's the same thing for all of the players who were not called but can hope to be in the national team."

A closer look at the 26 players called up by Didier Deschamps for this month's games #FiersdetreBleus pic.twitter.com/38zKWjTaVi

While early in the Bundesliga season, Upamecano's duel success rate of 48.9 per cent is lower than he has managed in any campaign since he arrived from Salzburg in 2017.

He is also going at just 1.2 tackles per 90 minutes, which is also his lowest.

Another player still out of the France squad is Barcelona forward Ousmane Dembele, who last played for his nation in 2018.

"Ousmane is coming back from a big injury, he's playing again, 60 minutes, one half, 30 minutes, 20 minutes... You need to give him time," Deschamps said.

"I know what he can do because he was with us two years ago. He had injuries, it's up to him go back to his full form. It's not the case and it's normal." 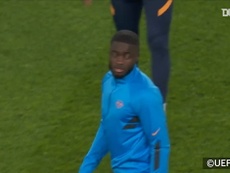 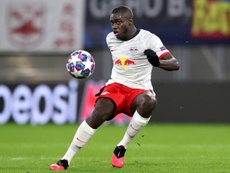 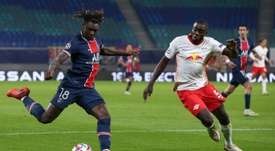