Unreal scenes after the Internacional v Chapecoense in the Brazilian League. Paolo Guerrero took off, literally, an opposition player's top.

Internacional won the match after Rodrigo Lindoso's 86th-minute goal. This was a tough defeat for Chapecoense, who stay in the relegation zone.

The cameras from the Brazilan channel 'SportTV" captured the following scene: Guerrero took off his top and went to give it to the Chapecoense player and ex his Flamengo teammate, Marcio Araujo.

Marcio Araujo took it and shook his hand, but for a moment it seemed like he didn't want to give Guerrero his. Then the Internacional striker said something to him and he took off his shirt.

After verbally protesting, Marcio Araujo surrendered and lifted his arms so that the Peru star, with the face of little friends, could take off his top. Genius from Paolo Guerrero. 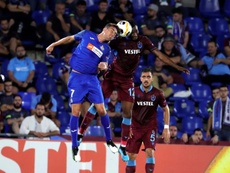 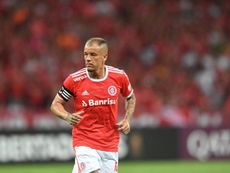 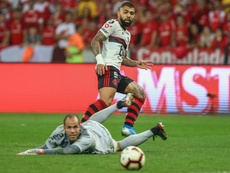 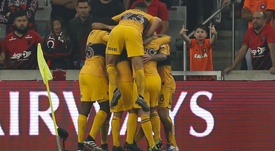