BeSoccer 6 days ago 1.4k
Unpopular Leipzig still no match for Man City, PSG's petrodollars
Derided by opposition fans for trampling over German football traditions, RB Leipzig find themselves in the unusual position of not being cast as the bad guys as the Champions League's group of death kicks off on Wednesday.

Manchester City and Paris Saint-Germain will cross swords again in Group A with both projects backed by oil-rich Middle Eastern states still chasing the holy grail of a first European Cup.

Amid the fallout of falling revenue due to the coronavirus pandemic shutting stadiums for over a year and the failure of the European Super League project, Abu Dhabi-owned City and Qatar-backed PSG have been the big winners.

Uninhibited by the loss of gate receipts and encouraged by the easing of Financial Fair Play regulations, they are the new power couple of European football, much to the anger of many of the continent's traditional powers.

PSG have reunited Lionel Messi with Neymar and shunned Real Madrid's reported 180 million euro ($212m) bid for Kylian Mbappe despite the France World Cup winner having less than a year to run on his contract.

City made just one new addition, but broke the Â£100 million ($138 million) barrier for the first time in the Premier League to get Jack Grealish from Aston Villa.

"The club-states are as dangerous for the ecosystem of football as the Super League," Â La Liga president Javier Tebas posted on Twitter last week with Messi following the trend set by Neymar and Cristiano Ronaldo of stars leaving Spain.

Backed by energy drink giants Red Bull, Leipzig are another example of new money ruffling the feathers of the established powers.

The Germans are yet to win a major trophy in their history, but are still deeply unpopular back home for the way they have navigated around the so-called '50+1' rule in place to prevent any individual having a majority controlling stake in a club.

Yet, they have not produced the shake-up that City and PSG have to English or French football due to a very different model.

Rather than gazumping Bayern Munich, Leipzig lost manager Julian Nagelsmann and key players Dayot Upamecano and Marcel Sabitzer to the Bundesliga champions over the summer.

Instead, they have used fellow Red Bull-owned clubs in Salzburg and New York to recruit their best talent, develop them and sell them on.

"It would be absurd to think that it could work with them here," former Leipzig sporting director Ralf Rangnick said at the prospect of signing a Messi or Ronaldo five years ago. "They are both too old and too expensive."

Leipzig beat PSG in the group stages last season on their way to reaching the last 16 at Manchester United's expense.

However, expectations at shocking one of the two favourites for the competition this time are limited ahead of their trip to Manchester on Wednesday.

Under new coach Jesse Marsch, last season's Bundesliga runners up have lost three of their first four league games and were thrashed 4-1 by Bayern at the weekend.

"Maybe we're not ready for such big challenges," said Marsch, on the prospect of facing City. "But no matter, we have to stay strong and believe in the process."

PSG will expect to make a winning start when they visit Club Brugge in the Group A's other clash on Wednesday. 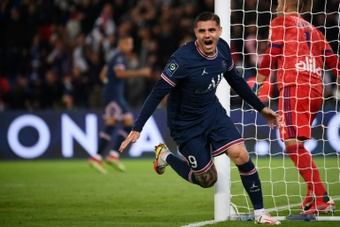 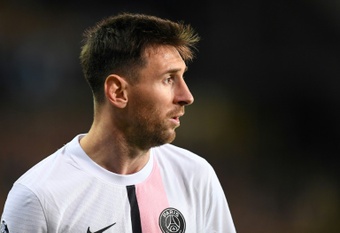 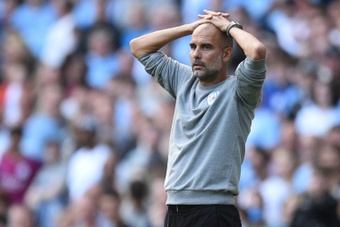 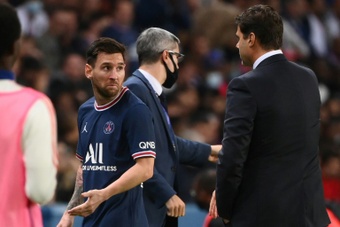 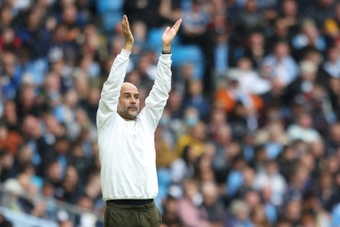 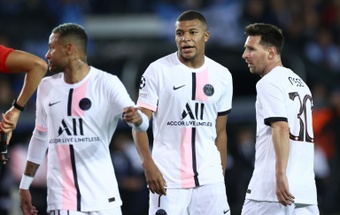 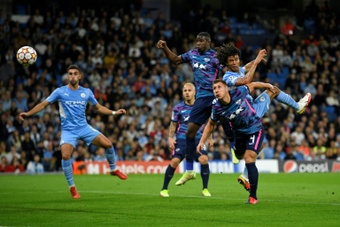 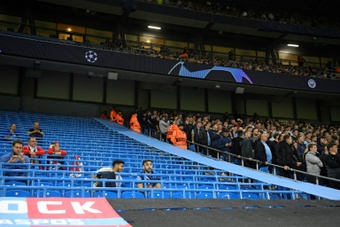