Manchester United are looking for a goalkeeper, according to 'The Sun'. Ole-Gunnar Solskjaer has reportedly lost trust in David de Gea and has urged the United board to sign Leicester keeper Kasper Schmeichel.

United, like the rest of the teams in Europe, are planning ahead to the 2020-21 campaign. Solskjaer wants to have the best squad possible.

According to 'The Sun', United are after a goalkeeper. David de Gea is the first goalkeeper, but Ole-Gunnar Solskjaer no longer trusts him. Proof of that is in comments he made after a terrible error by the keeper against Chelsea. "He should stop that shot 100 times out of 100."

The United manager has reportedly asked the board to bring in another goalie to compete with the Spaniard. And he does not just want anybody. He wants Kasper Schmeichel from Leicester.

The goalkeeping spot is going to be more competitive than ever before at Old Trafford. You have to remember that Dean Henderson, 23, will return to Man Utd, but he does not have enough experience. That is why the club are looking at Schmeichel. 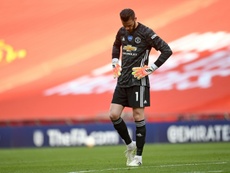 Schmeichel thinks people are being unfair to De Gea 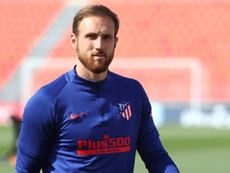 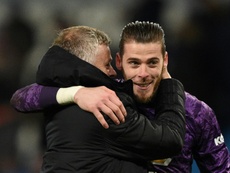 Thor can do that

Wow, You need Thor for that job 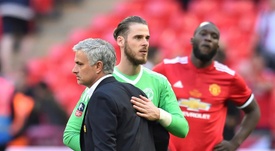 De Gea in firing line but Solskjaer stands by his man

VIDEO: "De Gea knows he should have saved Mount's shot"