Reports claim that Manchester United have turned their sights to South America as they look for a long-term replacement for out of favour full-back Luke Shaw.

English publication 'The Daily Mail', reports that United have set their sights on defender Enzo Diaz, who currently turns out for second division Argentinian side Agropecuario.

The 21-year-old is a robust left-back, who is also capable of playing through the centre and is thought to be attracting plenty of admiring glances from elsewhere despite having made just seven first team appearances.

Diaz is thought to be very keen on the switch, reportedly telling 'Ataque Futbolero':  'I found out about it (United's interest) on Saturday morning, but later I did not talk to anyone other than my agent.

'My agent told me that they (United) were delighted and they were going to see me a couple more games.

'It is the dream of any footballer [to play for Manchester United].

'However, I need to remain focused on what we are doing and enjoying this moment.'

Jose Mourinho is thought to be keen on refreshing his options at full-back, with Matteo Darmian, Ashley Young and Daley Blind all sharing the left-back spot so far this season and with Antonio Valencia not getting any younger on the right.

Shaw, meanwhile is thought to be edging closer and closer to the exit door at Old Trafford, having played just 47 minutes of competitive football so far this season, with the 22-year-old very much out of favour under Mourinho. 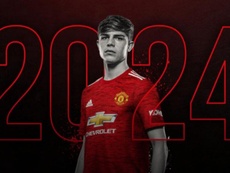 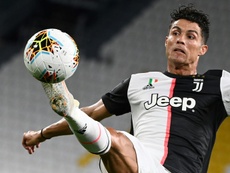 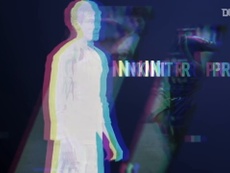 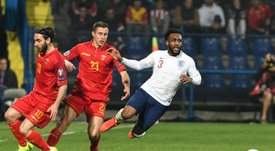