Despite the fact the season has not finished, the teams are now looking ahead to next season and one of the more interesting players that could move is Mikel Oyarzabal.

The Real Sociedad attacker, 23, has been showing his quality in Spanish football for several seasons and that has made the biggest clubs in European football focus on him. Among them, Man City are the team to have shown greatest interest in recent times and they seemed the best placed to get sig him, but Pep Guardiola's men have got competition from the other team in Manchester.

According to 'The Sun', Manchester United are also following the Spanish footballer very closely and they are apparently willing to put in a strong bid in for him this very summer despite the coronavirus crisis.

The reports from the British media outlet points out that the Old Trafford outfit have apparently thought about Oyarzabal in recent weeks as a more economical option than Jadon Sancho.

Therefore, it seems like the two clubs will fight for a player who has scored 12 goals and got 13 assists in 42 competitive games for Real Sociedad. 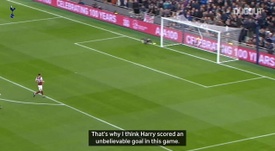