The three football associations issued a statement confirming changes to their heading guidance, which followed a study that showed former footballers were 3.5 times more likely to die from neurodegenerative disease.

The changes stated there would be no heading at all in the "foundation phase" -- for primary school children -- and a graduated approach to heading in training in under-12s to under-16s football. There will be no change in terms of heading in matches, taking into consideration the limited number of headers.

The study, led by the University of Glasgow, did not state that heading a ball was the cause of the increased prevalence of neurodegenerative conditions among footballers, but the decision to update the guidelines has been taken to "mitigate against any potential risks", the FA said in a statement. English FA chief executive Mark Bullingham said: "This updated heading guidance is an evolution of our current guidelines and will help coaches and teachers to reduce and remove repetitive and unnecessary heading from youth football.

"Our research has shown that heading is rare in youth football matches, so this guidance is a responsible development to our grassroots coaching without impacting the enjoyment that children of all ages take from playing the game."

The associations said the guidance had been produced in parallel with UEFA's medical committee, which is seeking to produce Europe-wide guidance later this year. Scottish FA chief executive Ian Maxwell said Scottish football had a duty of care to young people.

"The updated guidelines are designed to help coaches remove repetitive and unnecessary heading from youth football in the earliest years, with a phased introduction at an age group considered most appropriate by our medical experts," he said. "It is important to reassure that heading is rare in youth football matches, but we are clear that the guidelines should mitigate any potential risks."

The daughter of former West Bromwich Albion striker Jeff Astle, who died in 2002 of chronic traumatic encephalopathy, which the coroner ruled had been caused by repeated heading of a football, welcomed the decision but said it should be more widespread.

"It has to be across the whole of the game," Dawn Astle told Britain's Press Association. "When my dad died, the footballing authorities said they wanted more research and more evidence -- now they've got it. Absolutely they should be seen to be acting on it. For over-18s now there certainly should be some guidelines in for training."

The United States has banned children aged 10 and under from heading the ball while there are limits in place for 11-to-13 year olds. 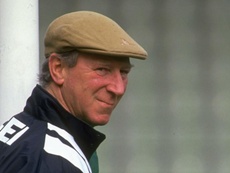 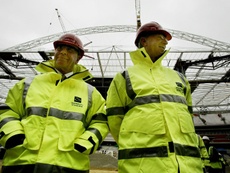 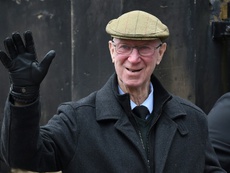 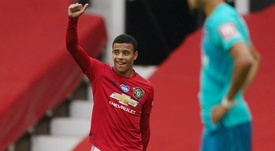