Thomas Tuchel gave Leandro Paredes the captain's armband for Paris Saint-Germain's Coupe de France win over Pau to show the confidence he has in the midfielder.

Tuchel left Neymar out of his squad for the 2-0 win over the third-tier side, with Kylian Mbappe and Angel Di Maria watching from the bench as PSG claimed a 2-0 win to reach the last eight.

Paredes has struggled to justify the outlay PSG spent on him in January. The Ligue 1 champions paid an initial €40million to Zenit, with the fee potentially rising to €47m.

However, he repaid Tuchel's confidence on Wednesday as he scored the opening goal - just his second for the club - with a superb volley in the 25th minute.

"By giving the armband to Paredes, it was also the intention to show him the confidence we have in him," Tuchel told Eurosport. "He did well by scoring.

"You can't win if you don't make the effort - everyone thinks it's easy to always win, but it isn't. It always takes effort.

"Look when we scored, the bench players celebrated, and that's great. It's a good sign. I love that. If those on the bench are there for the others, are happy, that's good.

"I feel it every day. I have enormous confidence in my players."

PSG are 10 points clear at the top of the league, with the biggest game on the horizon their Champions League last-16 first-leg clash with Tuchel's former club Borussia Dortmund on February 18.

"We are not in Dortmund yet - there is Montpellier this weekend and many other matches, we still have a lot of time," Tuchel added.

"The best way to prepare for big games is to play every three days, to play and to play again. We are having a good time. We have good results, it is deserved, and it is never easy.

"Outside, there is always an atmosphere against us, and it's good to have managed to make this match and get this result.

"The goal is to find a state of mind in this kind of match - if we don't have it now, we won't find it in close matches. Each match is a small rehearsal, of the things that we do well, but also of those that we do not do well.

"There are of course things that can be improved. But in a club like PSG, it's important to have the victories, to follow up to have confidence and be in good condition.

"I told the players that this match was important, it was necessary to win if we want to win the cup."

Asked about the knee injury right-back Colin Dagba suffered in the second half, Tuchel replied: "No news. He has a lot of pain in the knee, but I don't know more. 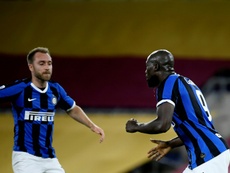 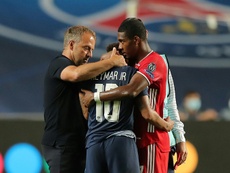 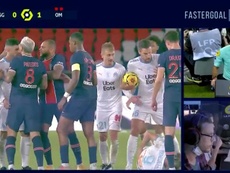 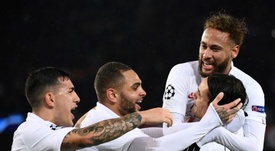