Jan Vertonghen's stoppage time header continued Tottenham's turnaround under Jose Mourinho as Spurs moved up to fifth with a 2-1 win at Wolves.

Mourinho's men were largely outplayed at Molineux, but were ruthless with their chances to inflict Wolves' first league defeat in 12 games.

Spurs can now move into the top four before Christmas if they beat Chelsea at home next weekend.

That speaks volumes for the impact Mourinho has made in less than a month in charge as Tottenham trailed Chelsea and the top four by 12 points when he was appointed.

Wolves drop to eighth as their longest unbeaten run in the top flight since 1962 came to an end, but there was little more Nuno Espirito Santo's men could have done to at least avoid defeat.

After an industrious start by Wolves, it was Spurs who scored after eight minutes.

Son Heung-min's drive was beaten away by Rui Patricio but the ball was worked to Moura, who glided into the area before rifling in high from an angle for his third goal in seven games under Mourinho.

Diogo Jota was a menace and it was from his work Raul Jimenez nearly levelled after 26 minutes but his low effort flashed wide.

Soon after Jota was denied by the recovering Davinson Sanchez after the defender's initial mistake allowed the forward through.

Wolves continued to dominate but should have been 2-0 down nine minutes before the break.

He played a cute one-two with Dele Alli to leave the midfielder with just Patricio to beat but his low strike hit the post.

It would have been harsh on Wolves and they continued to push after the break.

Jota failed to turn in Traore's cross and Gazzaniga pushed away Jimenez's shot.

Spurs' defence had lived dangerously, with Vertonghen in particular struggling against the pace of Traore.

Wolves finally got their reward on 67 minutes.

Traore had given the visitors problems all game and he made them pay, collecting Jimenez's pass and unleashing a rocket which flew past Gazzaniga from 20 yards.

Tottenham then never looked like restoring their lead before the late drama.

But Spurs silenced the hosts in the first minute of injury time when Vertonghen nodded in Eriksen's corner. 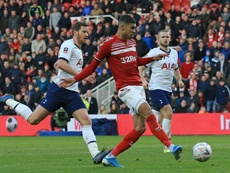 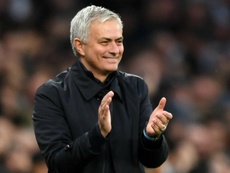 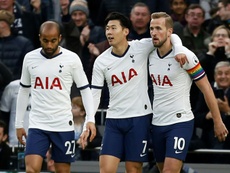 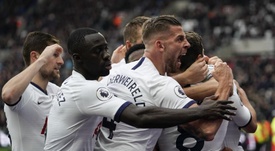