Spurs thought they had a lead after seven minutes, Eric Lamela tapping home from five yards out. However, after a long consultation with the video referee, Paul Tierney overturned the decision and gave Rochdale a free kick. It looked like six of one and half a dozen of the other in the box, but the goal was disallowed for a foul by Fernando Llorente.

15 minutes later and they were ahead, Son collecting the ball down the left wing and cutting onto his right foot before firing into the far corner. For the Korean though, it was just beginning. Kieran Trippier went down after a foul from Done and the referee went straight to VAR again. After a long wait, in which no one inside Wembley was any the wiser to what was happening, a penalty was given. Done had every right to protest as the foul certainly started outside of the box.

Son scored the penalty, but he checked his run up before hitting the ball, and was subsequently booked. The penalty was disallowed and Rochdale given a free kick, after consultation with VAR.

With the game back underway, Rochdale compounded the Spurs fans’ frustrations as a ball was played over the top and Humphrys found himself in behind. He took the ball round Vorm and found the back of the net, 1-1.

Half time came and went with no further incident, and with the teams back out, Tottenham were clearly keen to eliminate any ambiguity from this result. Within 13 minutes of the restart, Llorente had his hat-trick and Spurs were four up.

His first was a delightful chip over the ‘keeper after a ball between the defence, VAR judging him to be onside. The second was a simple tap in from a cross from Son. And the third saw the same pair link up again as Son crossed from the same wing and Llorente headed home - a perfect hat-trick.

Son made it 5-1 seven minutes later with a tap in of his own and from this point the game petered out - not helped by the conditions, there were pauses so that a team of sweepers could get the snow off the pitch, or by the fact that Rochdale had no answer to Tottenham’s attacking prowess.

Son was subbed off for Dele Alli, being denied the chance at a hat-trick of his own, and the Englishman was greeted by no-diving signs, referencing his propensity to go to ground with no contact.

There was time for Kyle Walker-Peters to find the net though, Alli played him in with a clever reverse pass and he produced a call finish to the far post. This was the last kick of the game and Tottenham will go onto play Swansea in the Quarter Finals.

This was the result that everyone expected, although for a time Rochdale were well in the game. Unfortunately, all that anyone will talk about is the influence of the video referee. Not only does it produce long stoppages, the fans are not made aware of what is going on, and it certainly hasn’t removed any of the controversy. UEFA have already announced it will not be used in the Champions League next season and there is certainly plenty of work to do before many in England would like to see it used in the domestic game. 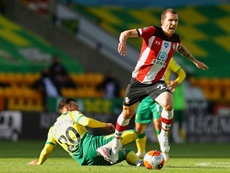 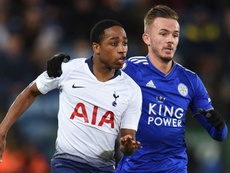 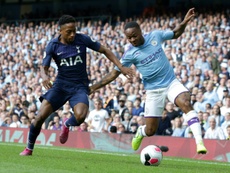