Fernando Torres announced his retirement this week and has singled out Liverpool legend Steven Gerrard as his favourite team-mate.

Retiring striker Fernando Torres hailed former Liverpool team-mate Steven Gerrard as the best player he played with during his career.

Torres announced on Friday he is to bring down the curtain on his 18 years in professional football, which has seen him take in spells with Atletico Madrid, Liverpool, Chelsea, AC Milan and current club Sagan Tosu.

He will be well remembered for his incredible three-and-a-half-season spell at Anfield, where he struck up an instant rapport with Gerrard following his £20million arrival from Atletico.

And Torres, who scored a combined 41 goals with Gerrard in the 2008-09 campaign, singled out the iconic Reds captain when asked to name his favourite team-mate.

"I always say that the best player I ever played with is Steven Gerrard," he said at a media conference on Sunday.

"I found in him the player that completed my game. I think my level reached a different dimension when I was on the pitch with him. It was an amazing three and a half years playing alongside Steven, and I would love to go back to those days, even if it was for one minute."

In terms of players he has faced, Torres named Chelsea legend John Terry and long-serving Barcelona skipper Carles Puyol as his toughest opponents.

"It's difficult to only say one name," he said. "I have played against some of the best defenders in the world.

Torres was speaking to reporters at a news conference arranged to outline the reasons behind his retirement at the age of 35.

A World Cup winner with Spain in 2010 and a goalscorer in both finals of his nation's back-to-back European Championship triumphs in 2008 and 2012, Torres will officially bow out towards the end of August.

"So I want to put an end to it before that happens. Knowing my body, listening to my body, I think, especially mentally, that the time is not far.

"I want to finish my career in a good way before that happens because I've always been honest with myself and the club I'm playing for - I think that is the best way. I gave everything I had for my club and I will still give my all in the next two months." 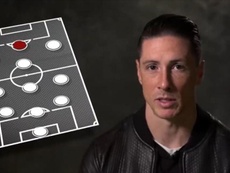 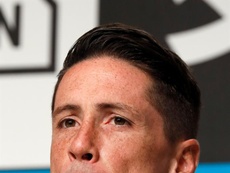 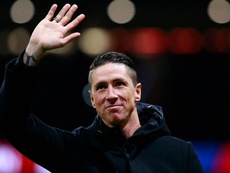 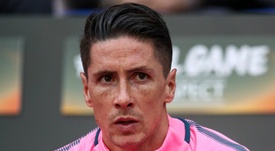