The football world has bowed down to Leo Messi for quite a while now. Since his world fame as a football genius, the Argentine footballer has no stopped receiving compliments. Here are the top 20 compliments...

'One day I will tell my grandchildren that I trained Leo Messi. With Messi you have to speak to him in small doses and listen carefully to the little that he says. Don't write about him, don't try to understand how he does it, just watch him.'

'For me, to watch Messi is a pleasure. It's like having an orgasm. It's an incredible pleasure.'

'Messi is the best. The second best is Messi injured.'

'Newton and Einstein were on the autism spectrum; I hope that, like them, Messi exceeds himself every day and keeps giving us the gift of his football.'

'It's clear that Messi is a distinct level above the rest. Those that don't know how to see it are blind.'

'Messi is a footballer from a Play Station game. Things that are impossible to do, he makes them possible.'

'Although you might not think he's human, it's good that Messi still thinks that he is.'

'I already know which footballer will take my place and his name is Lionel Messi. He has something different to all other footballers. He is a leader that is an example to everyone.'

'Messi is the Mozart of football.'

'He does things that you won't even see in 'Oliver and Benji'. He's the best in the world, even in defence.'

'Messi is a joke; the best joke my eyes have ever seen.'

'Messi's goals are a piece of art.'

'Every time we watch Messi play, we remember the days of playing football in the playground at school, a flashback in time.'

'When you watch Messi play, he makes it look so easy. But, if you stop and think for a moment, it's crazy what he can do.'

'I thank God every day that Messi is Argentinian.'

'I never saw such a wonderful 19-year-old. Neither Pelé, nor Maradona.'

'They told me that all of mankind are seen as equal in the eyes of God. This footballer makes you really question if that is true.' 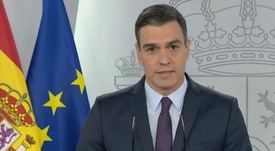 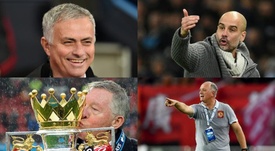 Top 10 managers with the most titles 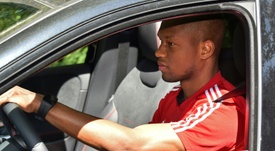 "We inject ourselves with COVID-19 to avoid relegation"