Braithwaite's current short career at Barça seems to be driven by a switch connected to his performance on the pitch. At times, the door to his continuity seemed to open, but all indications are that it will remain closed.

The Dane has not been lucky: the halt because of coronavirus, the lack of regularity in the eleven, the recovery of Griezmann, the rise of Ansu Fati ...

For one reason or another, since he arrived at the Camp Nou on 20 February, Braithwaite has not managed to fit into the eleven or, at least, be a regular in the changes of the second half.

And the worst thing is that the season is over for him. He only has two matches left to convince Quique Setién, as he, despite travelling with the team to Lisbon, will not be able to play in the current Champions League.

On the other hand, the plan of Barcelona with the ex of Leganés is not at all clear. The arrival of Lautaro would close the doors to on him completely. At the moment, his only hope is to remain Luis Suarez's replacement.

Braithwaite's performance has gone from bad to worse after the coronavirus. Setién surprised in Mallorca with his start, and he even scored his first goal, but his low participation against Sevilla made him fall off the eleven, especially after the good performances of Griezmann and Ansu Fati. 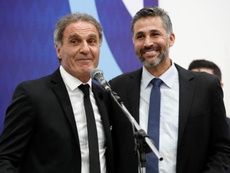 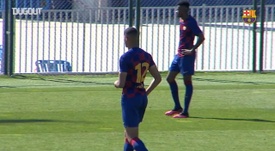