Dr. Gelade has created the world’s first formula for the perfect goal celebration, which takes into account theatrics, goal gravity and reaction with a score out of 100. With this formula, the sports analyst is able to deem the top 10 celebrations from the World Cup in Russia.

Dzyuba scored a penalty for Russia which sent their round of 16 clash with Spain into extra time and  then a shootout.

The imposing striker saluted the home crowd, much to their excitement, and we think it deserves a place in the top 10, just for being iconic.

The Russians certainly celebrated each goal to the max. This time, it's Mario Fernandes who makes the list after his extra-time header kept Russia's semi-final dreams alive.

The Brazilian born defender jumped over the advertising boards into the crowd, to celebrate with exstatic supporters.

Mbappe really has arrived on the world stage, proving himself as a vital member of the French national team.

He became the second teenager ever to score in a World Cup final, after a long range strike put the Blues into a more comfortable position.

The 19-year-old ran to the corner flag, where he was bundled by teammates.

South Korea needed to beat holders Germany to stand a chance of going to the round of 16.

With the game still without any goals late on, Kim Young-Gwon was able to poke home an effort past Manuel Neuer.

He ran away, arms outstreched in celebration, until a VAR review deemed the goal legitimate.

Victor Moses had quite a celebration after he equalised from the spot against Argentina.

His string of cartwheels and flips were impressive, as was Nigeria's performance in the tournament.

Rojo's late goal did however win Argentina the game, knocking Nigeria out.

He made a spectacular pass to Mbappe, before finessing the goal and celebrating with passion.

Pogba roared to the crown after his goal gave France the upper hand.

Umtiti's header saw the Blues into the World Cup final.

He elegantly rose into the air above the defenders, and dinked in the goal past Courtois with an impressive header.

The defender had an equally entertaining celebration strut as well.

Griezmann comes in the top three for his Fortnite 'Take the L' dance celebration.

The celebration comes from popular videogame Fortnite, and has now spilled over into the footballing world.

He used the dance twice in the tournament, once against Croatia, and once in the group stages.

The 74th minute headed goal saw all outfield players join in an 'electric chain' in celebration.

England's journey may have come to a rather upsetting anti-climactic end, but Lingard's celebration was one to remember.

His strike against Panama was sensational, and sent England fans mad.

He, like Griezmann borrowed a dance from Fortnite as a celebration.

Lingard jumped in the air with a rendition of the 'Shoot Dance.' 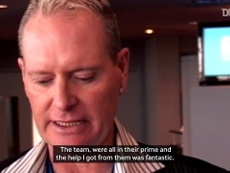 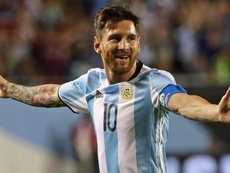 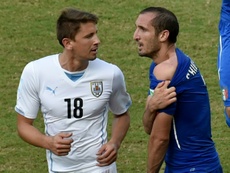 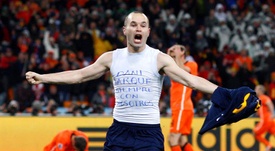