This is why Ronaldo is better than Messi in FIFA 17

Before FIFA 17 has been launched, it has already caused a lot of polemic. Who is better Messi or Ronaldo? Why did FIFA rate Ronaldo better than the Argentine?

The statistics of FIFA 17 are already known. The best valued 50 players, the top 5 midfileder, the best goalkeeper and the new legends are identified.

The biggest surprise was probably that FIFA gave Ronaldo a higher value than Messi. The Portuguese has one more point than the Argentine but the reason for this has nothing to do with their athletic talents. It's just a marketing issue.

Almost one month ago Barca signed a three season contract with the brand 'KONAMI', which is a Japanse entertainment company and produces FIFA's biggest enemy: 'Pro Evolution Soccer', also known as 'PES'.

FIFA didn't like the news and decided to 'sanction' the Spanish giants with a little reduction of their players level's. Messi has just 4 instead of 5 stars in the skill moves.

Was this a fair step? 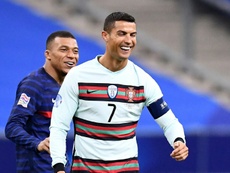 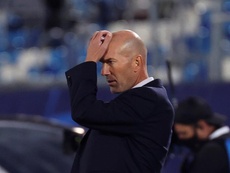 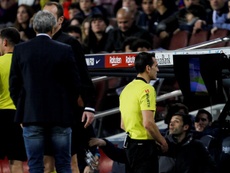 He is one in a grur

Messi is farr better than CR7

.....sell content within the game itself. Kids are hooked. Parents are paying and on the other side of the world, people are struggling to eat.More and more profit, for what? Why do we need to be bled dry by money grabbing greedy corporates? F FIFA and all similar money motivated Corporations killing the planet. Taking a star off Messi..making Ronaldo better, don't t get me started lol!

I hate FIFA sports and their money grabbing mentality. Same mentality as Microsoft and other corporate giants, squeezing every last penny out of people is the rule of the game. It stinks. Humanity.. the world...is a rotten place to live. Whilst one part of the planet lives in apparent abundance, others struggle to achieve a decent life dictated by money. In the meanwhile, real people are suffering to eat and have access to society's basics...water, electricity, education, medical treatment etc, etc. Not only is FIFA sports not content with selling a successful game but they just have to

FIFA is manage by Florentino Perez... It's obvious..

How can ronaldo be better than messi? 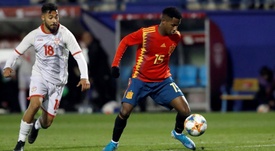