Ofori captains a team from eastern city Pietermaritzburg that have won three league matches in a row after failing to collect maximum points in any of their first five.

The only stain on an impressive performance by the 25-year-old shot-stopper was a yellow card for time wasting as the match at Cape Town Stadium drew to a close.

Ofori spent five seasons with Wa All Stars, a club based in northern Ghana, before joining Maritzburg last year.

The match was decided by a penalty in first half stoppage time with Thabiso Kutumela sending Dutch goalkeeper Peter Leeuwenburgh the wrong way.

Maritzburg coach and 1996 Africa Cup of Nations-winning midfielder Eric Tinkler was pleased with the result but not the performance as his team rose to seventh in the ninth round.

"I said before the match that it would be decided by a mistake and so it proved. A handball earned us a penalty and we took our opportunity to score.

"After a good first half performance, we fell away, failing to retain possession sufficiently and the defence had to absorb a lot of pressure."

Former South Africa star forward Benni McCarthy is battling in his third season with Cape Town, who have won only once in nine Premiership outings and slipped two places to 12th.

"A number of my players did not deliver and you cannot expect to win matches with only six or seven performing at the required level," he admitted.

Aubrey Modiba and Thamsanqa Gabuza gave SuperSport leads that were cancelled by goals from Namibian Chris Katjiukua and Pentjie Zulu, who converted an 89th-minute penalty kick.

Pretoria will host the Premiership match of the weekend Sunday with league leaders Kaizer Chiefs visiting second-place Mamelodi Sundowns, who will go top if they win. 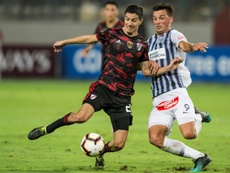 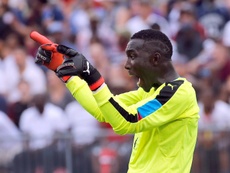 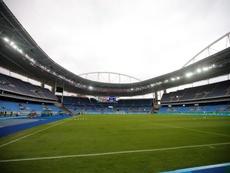 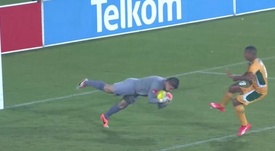 Video: What was this goalkeeper thinking?