Borussia Dortmund, 2nd in the league and 4 points behind Bayern Munich, will try to close the gap against a Wolfsburg side that want to stay in the European spots.

Borussia Dortmund, the only side capable of winning at home on the return to Bundesliga action, will try to keep up their good run of form to cut the gap between them and Bayern Munich.

Led by Lucien Favre and Erling Haaland commanding the attack, Borussia Dortmund will play their first match away from home since the return to action.

They will do so against Wolfsburg, who are fighting to stay in the European spots and who come into the match with an added boost after winning in added time thanks to Ginczek's added-time goal.

These are the probable lineups 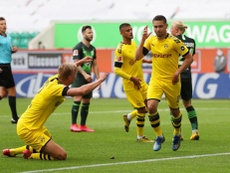 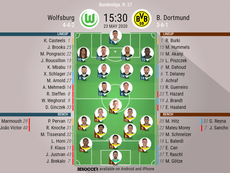 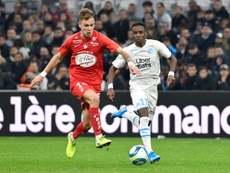 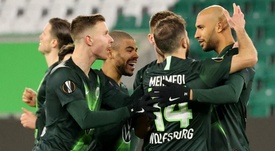