Liverpool and Shakhtar's losses in the Premier League and the Ukrainian league respectively means Olympiakos, Maccabi Tel Aviv, Ludogorets of Bulgaria and Europa from Gibraltar are the European teams to be unbeaten in the league.

Jurgen Klopp's side, the defending European Champions, lost their first Premier League match of the season on matchday 28 after losing 3-0 at Vicarage Road to Watford. Ismaila Sarr netted twice for the Hornets.

Shakhtar, who dominated the last three Ukrainian league championships, also lost last weekend. They were defeated away to second from bottom Vorskla Poltava 1-0.

The team's unexpected loss is not a big issue though as Luis Castro's side have still got a big lead at the top. They have a 13 point cushion after 20 games.

Olympiakos, the Greek club with the most silverware with 44 titles, are on course to win back the title after AEK and PAOK won the last two seasons.

After beating Panetolikos 2-0 this weekend, the team coached by the Portuguese Pedro Martins have a seven point lead over PAOK after having won 20 of their 26 matches so far. They have scored 53 goals and conceded just nine.

Maccabi Tel Aviv are on course to win the Israeli League again. They are six points above Maccabi Haifa after beating Hapoel Hadera 2-1. Omri Altman scored a brace.

Ludogorets, despite going through a run of numerous draws, have a seven point advantage over Lokomotiv Plovdiv at the top of the Bulgarian league.

Lastly, Europa FC look set to end Lincoln Red Imps' dominance in the Gibraltarian league over the last two seasons. Europa have won 16 of their 17 matches and draw just the one. They are five points ahead of St Joseph's in second and the reigning champions are back in third, ten points off the leaders. 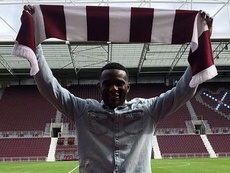 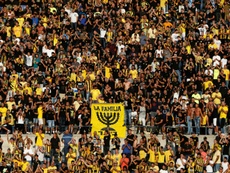 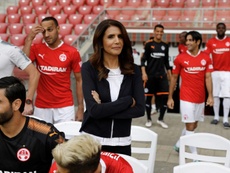 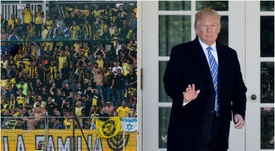