Parkin doesn't look like the usual footballer, he is a portly figure and miles away from the supreme athletes of the Premier League. But he is effective.

Having scored 190 goals in 574 league appearances, with former clubs including Cardiff, Stoke and Hull City, the striker knows a bit about football.

His goals and weight have made him a cult hero in England and speaking to 'Soccer Saturday' on 'Sky Sports' he told some hilarious stories about his career: "I've never been one for doing weights".

I used to have fitness coaches who have said I need to start doing weights and I've said: 'I'll tell you what, we'll both get naked and get on the training ground and have a wrestle, and then we'll see if I need to do some weights after that'.

"None of them have ever taken me up on it, so I never did any weights!"

A product of a bygone era, before professionalism was paramount, he doesn't think he'd make it in the game now.

''I think if I was 18 now I wouldn't have any chance of being a footballer," he said. "Not just football-wise but character-wise in the dressing room as well.''

"I can think of two clubs where I have been released because the manager thought I might be too big for the dressing room and have too big an influence. Not in a bad way but just because they want 'yes men' and I have never been one of them.

"The season is a long old slog and you have got to enjoy yourself. There's nothing worse than coming into work and thinking it's going to be boring and you're dreading it.

"I think if I looked after myself I could have stayed at a higher level for longer. I don't think I was good enough for the Premier League and I wasn't quick enough.

"But looking back would I change it? Probably not. There is no point looking back and having regrets. I've played for 20 years and when I was 15 starting out I would have snapped your hand off for that."

"I've only ever not got on with managers when they haven't been honest with me," he said. "If a manager comes to me and says: 'Look, you're X, Y, Z and not good enough for my team' then it's no problem. Its when they go about it a different way and leak stuff to the press that isn't true, that's when it gets my back up.

"I would have to be a new-school manager because everyone else is, but I link to think I would bring back some old-school stuff as well. For me football has changed since the YTS (Youth Training Scheme) stopped doing all the jobs and stuff.

"The attitudes of the kids now and the fact they've got these contracts and aren't having to put the work in. We used to have to sweep stands and clean toilets and all that sort of stuff. It was a grounding for when you do make it into the first team." 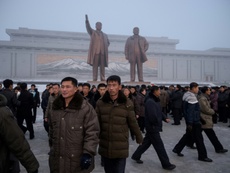 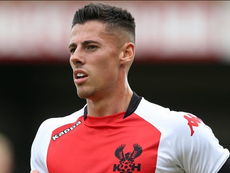 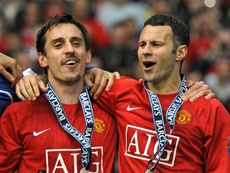 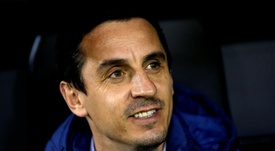