"Thanks for everything, teacher"

Richarlison has vowed to never forget what Marco Silva did for him after the Everton manager was relieved of his duties.

Richarlison has thanked Marco Silva after struggling Everton made the decision to sack their under-pressure manager on Thursday.

After a humiliating 5-2 defeat to Merseyside rivals and Premier League leaders Liverpool left Everton in the bottom three, Silva was relieved of his duties, bringing an end to an 18-month stint in charge.

Richarlison – who played under Silva at Watford – arrived as the Portuguese's first signing in 2018, and has been a consistent performer at Goodison Park, scoring 21 goals in all competitions for Everton, while also establishing himself as a regular in the Brazil team.

The 22-year-old, who has previously referred to the former Hull City coach as a father figure, signed a new long-term deal with Everton this week, and ultimately scored what proved to be the final goal of Silva's tenure – having netted the first two in a 2-2 draw at Wolves on the opening day of last season.

"Thanks for everything, teacher! Especially for the care and attention that made me grow and become better in every way," Richarlison tweeted.

"I will never forget everything you did for me. I'll always be in the crowd!" 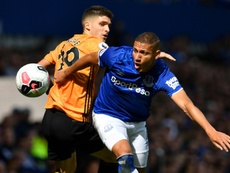 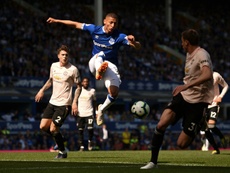 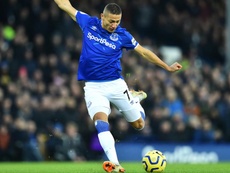 Rumour Has It: Ancelotti to block Man Utd's Richarlison bid 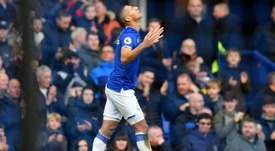