Marc-Andre ter Stegen remains ambitious to claim Germany's number one shirt but not at the expense of his relationship with Manuel Neuer.

Germany goalkeeper Marc-Andre ter Stegen insists he has a "good and professional relationship" with Manuel Neuer.

A public spat that drew in the likes of Bayern Munich chairman Uli Hoeness and DFB director Oliver Bierhoff erupted last month, concerning the relative claims of Ter Stegen and Manuel Neuer to being Germany's number one.

Bayern's Neuer, captain for club and country, has long been first choice, although Ter Stegen' performances for Barcelona over the past couple of seasons have been superb.

The younger man expressed frustration over his status within Low's squad, eliciting a response from Neuer before both men – largely unsuccessfully – sought to draw a line under the episode.

Ter Stegen will get a chance to press his claims with a start against Argentina in Dortmund on Tuesday and maintained there is no problem between his rival for the shirt.

"It's an opportunity for everyone and that's true for me as well," Ter Stegen told a pre-match news conference.

"This is a competitive sport. Everyone wants to play and that's the case for every position, not just the goalkeeper. There are no discussions, no disputes or any moments where we tell each other, 'Now we absolutely need to talk!'.

"We talk every day and have a good and professional relationship."

"He has an advantage, I have to perform the best way possible, prove myself and make that decision as hard as possible."

Ter Stegen added: "The head coach has made his decision so it’s up to me to perform well for both club and country. I will give everything to become the number one. That is my personal goal. But that is not related to other people.

"The big goal overall is a successful tournament [Euro 2020] for the team."

Ter Stegen's Barca colleague Lionel Messi will not be involved for Argentina – not that he minds particularly.

"It would have been great to face him, but perhaps it's not bad that I don't have to face him," added Ter Stegen. 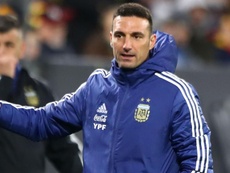 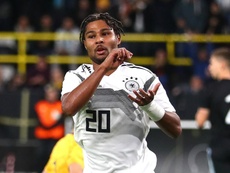 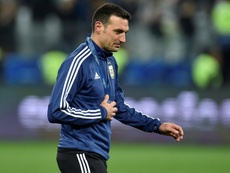 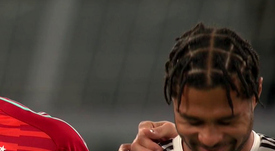 Gnabry laughed during the minute's silence for victims of antisemitic shooting

Germany v Argentina - as it happened