Son Heung-min will aim to inspire South Korea to Asian Cup glory, with Iran looking strong as Australia and Japan face up to transition.

The United Arab Emirates kick off the 2019 Asian Cup against Bahrain on home turf this weekend. The hosts will be expected to progress from a Group A completed by Thailand, India and Bahrain but serious contenders for the overall crown are set to come from elsewhere. South Korea suffered final heartache against Australia four years ago but head into this tournament on an impressive run of form and able to call upon the continent's outstanding player.

Much has changed for the Socceroos since their moment of glory in Sydney four years ago, while four-time winners Japan are also undergoing a transitional period. Iran are the highest-placed side in the FIFA rankings and their formidable defence will be the bedrock of a title tilt, while Saudi Arabia have also retained a high-profile head coach despite an initially chastening experience at the 2018 World Cup.

Son Heung-min scored South Korea's stoppage-time equaliser in the 2015 final before they fell to a 2-1 defeat during the additional period. Later that year, he swapped Bayer Leverkusen for Tottenham and became the most expensive Asian player in history. Son returns to the Asian Cup as a genuine Premier League superstar – his electric and incisive attacking play a key component in Spurs' rise from also-rans to title contenders under Mauricio Pochettino.

The 26-year-old is operating somewhere close to his career peak and memorably inspired South Korea to Asian Games glory last year, thereby avoiding military service. Lifting the trophy in UAE would underpin increasingly strong claims that he might be Asia's best ever.

Following their World Cup group-stage exit – albeit on the high of defeating deposed champions Germany – Paulo Bento took over as South Korea boss. Bento is undefeated in seven friendlies so far and his attacking approach should easily be enough in Group C against Philippines, China and outsiders Kyrgyzstan. The meeting between Philippines and China will pit old Serie A foes Sven-Goran Eriksson and Marcello Lippi against one another, although Lippi will leave the China post at the end of the tournament.

Injury-ravaged Australia look to next generation

Japan were the last team to retain the Asian Cup in 2004 and such a feat looks a tall order for Graham Arnold's Australia. Key midfielder Aaron Mooy is an injury absentee, placing a greater onus on Tom Rogic to bring his Celtic form to the party and dominate from the middle of the park. Mathew Leckie's battles with a hamstring strain are untimely, particularly in light of Daniel Arzani's absence due to cruciate ligament damage and late bolter Martin Boyle suffering a knee problem

It means the well-travelled Robbie Kruse could have a pivotal role, while Awer Mabil and Chris Ikonomidis can expect chances to shine. Syria will be out for revenge following their World Cup play-off defeat to Australia, while Palestine and Jordan are the other teams in Group B. Arnold will hope to have found a solution in his problem position of centre-forward before the knockout round.

Customarily Asia's swaggering entertainers, Japan were faced with an identity crisis as Vahid Halilhodzic helmed a notably prosaic qualification campaign for the 2018 World Cup. In April, Halilhodzic was sacked and replaced by Akira Nishino. Despite that far-from-ideal preparation, some of Japan's old brio returned at Russia 2018 as they kicked off with a win over Colombia and became the only AFC side to reach the knockout round, where they gave eventual third-placed side Belgium an almighty scare.

Hajime Moriyasu assisted Nishino and took full charge after the World Cup. Stellar names such as Keisuke Honda, Shinji Kagawa and Shinji Okazaki are absent at the Asian Cup, with Moriyasu's brief to take a longer-term view to both the 2022 World Cup and the Olympics on home soil next year.

Nevertheless, with Uzbekistan, Oman and Turkmenistan for company in Group F and the likes of Yoshinori Muto, Yuya Osako and Ritsu Doan to call upon, a run for the Blue Samurai into the later stages would be no surprise.

Carlos Queiroz's robust Iranian defence is the envy of many in Asia but his team showed other strings to their bow in the action-packed 1-1 draw against Portugal at the World Cup. A 1-0 win over Morocco and a defeat by the same margin against Spain preceded that tussle with Cristiano Ronaldo and company. Indeed, the loss to La Roja was Iran's only competitive reverse since the last Asian Cup, explaining why they are many people's favourites in UAE.

Saudi Arabia looked nowhere near as robust as they were thumped 5-0 by Russia in the World Cup opener. But their campaign ended with victory over Egypt and Juan Antonio Pizzi's dedication to them adopting a more refined, possession-based approach now faces an acid test. Iran face Yemen and Vietnam before closing their Group D campaign against neighbours Iraq, while the Saudis have been paired with North Korea, Lebanon and 2022 World Cup hosts Qatar in Group E. 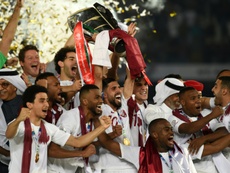 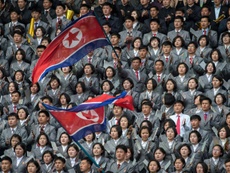 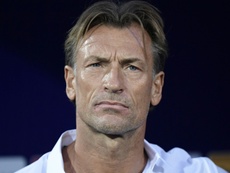 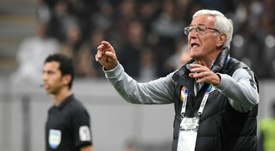